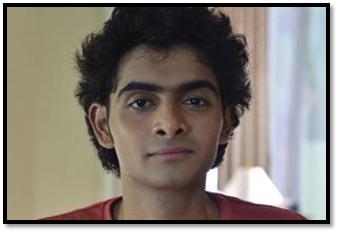 As seen so far Ulka Chahi comes and informs Aaji and Nani about Saanchi's and Dhruv's love affair. This has created a big havoc in the Prabhu nivas.

In the upcoming episodes, Adu (Nabeel Mirajkar) will be seen playing the cute cupid between Saanchi (Sangeeta Ghosh) and Dhruv (Ruslaan Mumtaz).

While the entire Prabhu Nivas will be seen opposing Saanchi and Dhruv's relation Adu will be strongly supporting the true love. Even for his beloved Sister he will suggest Dhruv to run away with Saanchi.

Saiyaara 7 years ago Thank god atleast someone will understand Dhruv : )

Looking forward to Saanchi realizing the importance of Dhruv in hr life and she stops him from leaving...

naneta 7 years ago Gr8 job by all d actors of JLZ. Looking forward to this track.

Raleighbcat 7 years ago Hooray! Aadu to the rescue. I hope this happens really soon...

anjubala 7 years ago This is great. So Aadu has come around and accepted that DV is the right choice for his Tai. Good going Aadu. We all really expected this from you.

hemangi0601 7 years ago Wow that's great news...
Come on adu now here is the chance for you to do something for saachi's pleasure .all these years she has only lived for all of you family members... now its your turn.