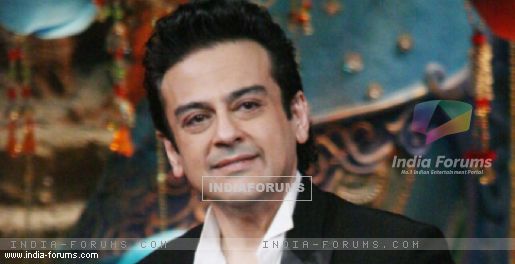 Legendary Blues singer and guitarist B.B. King's death has left singer Adnan Sami Khan, an ardent fan of the musician, feeling "blue". He describes the former's "music" as "water to a thirsty soul" and says that with King, the "thrill is gone".

The "Sweet black angel" singer died in his sleep in Las Vegas on Thursday after prolonged illness. Sami took to social networking website Facebook to share his thoughts on the death of the 89-year-old.

"Today is the day to truly feel the 'blues' as the 'king of the blues' is no more. B.B. King has bid us farewell leaving us his legendary legacy that will live on forever in our hearts.

"His works are the quintessential definition of what the genre of the 'blues' is as we know it today. He used to make his beloved guitar, whom he lovingly called 'Lucille' weep, but now she weeps alone and is forever silenced," Sami wrote.

Born in Mississippi, King began performing in the 1940s. He went on to influence a generation of musicians, working with Eric Clapton and U2.

Once considered the third greatest guitarist of all time, King was awarded his 15th Grammy award in 2009 for his album "One kind favour".

Sami said of King's music: "His Voice was like the grumbling of thunder and his hands on the guitar could melt mountains. His music was like water to a thirsty soul."

"With a heavy heart we bid you farewell Maestro King. Bon voyage for your onwards journey. You leave us with an irreplaceable void in our lives and hearts. We can never thank god enough for blessing us with you. Surely with you gone away from us, 'The thrill is gone'," he added.

Rakul's reaction upon hearing about her role of a 'condom tester'; ...