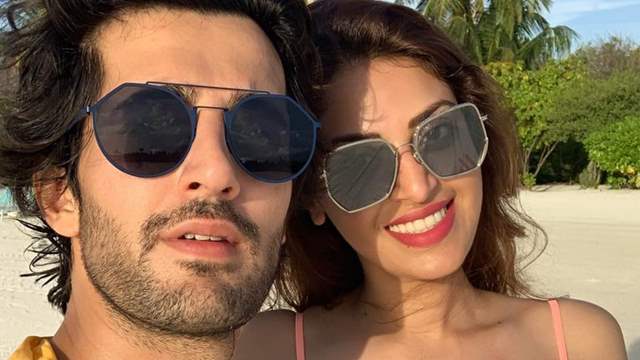 Student of the Year 2 actor Aditya Seal often hits the headlines for his personal life as well. He is in a relationship with actress Anushka Ranjan and the young couple regularly posts loved up pictures with each other.

In a recent interview, Aditya opens up about his first meeting with Anushka, the beginning of their relationship and marriage plans.

Speaking to ETimes, Aditya says that he met Anushka three-and-a-half years ago, when he was invited to an event hosted by her family. He met her for the first time and says that they clicked pretty well  and chatted a lot, even after the event was over. He said:

“Then we started hanging out together. It took a while for us to get into a relationship, but eventually, it happened."

When asked about taking the next big step, Aditya says he wants to first flourish his career and does not want to rush into marriage. He says:

"We have a lot to do before we think about settling down. There is a lot to achieve and prove. I don’t want to get married at a time when I am not completely satisfied with where I am in terms of my career. Yes, it’s shaping up well, but if I want to enter that phase of my life, I would want to do it when I am more comfortable than rush into it."

Next up, he will also be seen in Rocket Gang alongside Nikita Dutta in the directorial debut of choreographer Bosco Martis.

Wedding Pics: Priyaank Sharma and Shaza Morani seal the day with a ...