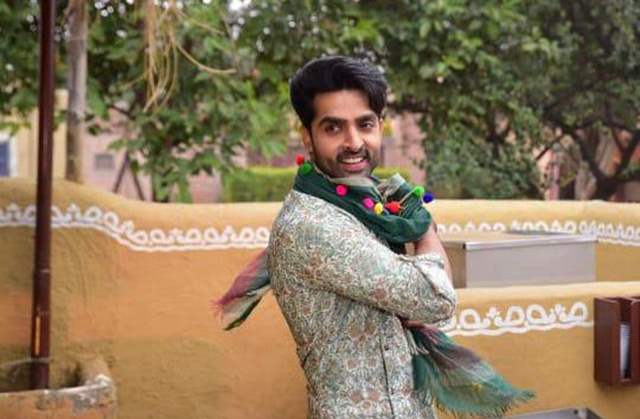 Launching a unique love story of opposites in a totally unique manner amidst its natural backdrop of Amritsar, Zee TV recently introduced its new show, Teri Meri Ikk Jindri. Featuring television actress Amandeep Sidhu opposite popular television actor Adhvik Mahajan, the show traces the love story and journey of Mahi and Jogi, who despite their starkly different personalities?and outlook towards life, choose to walk together on the common path of love. With the show being immensely loved by one and all, the actors have been working extremely hard to live up to the responsibilities of their characters. While Amandeep may have left the viewers spellbound with her performance in her first-ever lead role, Adhvik too has been crossing boundaries to bring out the best shades of his character, even if it means braving a major injury to let the show go on.

Very recently, while shooting an outdoor sequence Adhvik faced a major muscle tear on his knee and had to be immediately rushed to the hospital from the set. However, the injury has not created a hindrance to the actor’s dedication towards his role. With the whole cast shooting for an important sequence, the actor resumed shooting immediately after returning from the hospital and refused to take an off even when offered.

Sharing his experience, Adhvik said, “We were shooting a scene in a prison setup where my character was required to lie unconscious inside the cell and Jogi’s friend rushes to check on him. Committing to the scene’s requirement, it so happened that he(Adhvik’s co-actor) came in such a rush and pushed the  prison cell gate with a slight bit of a force. In the middle of the take, the gate that weighed a few tonnes accidentally came crashing on me and while I managed to control the impact of the fall and save myself from any major injuries on my face and body, I faced a muscle tear just near my knee while trying to control the fall. The cast and crew helped me in getting immediate medical help and also offered to let me take a leave. However, I really wanted to complete the sequence considering it was an important one for all of us. It was slightly difficult at first, but I have trained in martial arts and have been actively involved in fitness for 15 years now. Though I am on painkillers, my body has adapted to injuries as such, and hence resuming shoot didn’t seem like much of a difficulty. Things  like this tend to happen and we must just move past it.”