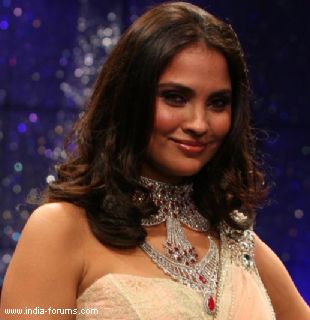 career hit dead end once they became mothers. She says she will sign a film in a few days.

"I will be signing my next film in two-three days. It will be an easy role for me to jump back to. My own production will be later," Lara told reporters Tuesday here at the launch of her DVD - Parental Yoga With Lara Dutta.

Lara, who wed ace tennis player Mahesh Bhupati in 2011, gave birth to her daugther Saira in January this year.

"So many actresses have become mothers. They have all taken their time to come back. So, I think this is an outdated concept that if someone has become a mother, so she will sit at home. I can't wait to come back," she said.

Determined to wear the grease paint and face the camera, again, Lara says she will pick her movie projects keeping in mind her daughter's welfare.

"My film choices are obviously going to be dictated by Saira's welfare. I am not going to do films which would require me to stay on the sets from morning to night or for multiple days in a row. So, I will pick my choices very carefully. I am excited with what's coming my way already," said the 34-year-old.

Lara informed the reporters that she would think about her next production venture in the second half of the year.

Before Death, SP Balasubrahmanyam Has Sung For Upcoming ...
44 minutes ago

Sushant's Family Displeased With Attention Being Diverted ...
46 minutes ago

After Ten Months Jacqueline Fernandez has Finally Re-united ...
56 minutes ago