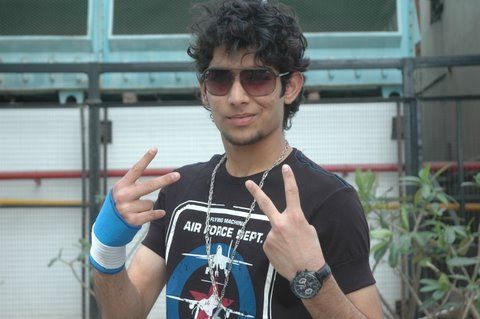 Actor Priyanshu Jora, who is currently portraying the role of Titu in the TV series Tu Mera Hero, admits that being a young actor, he faces challenges everyday. But he prefers not to complain about it, as struggle is a common aspect of a newcomer's life.

Priyanshu, who came into spotlight with the popular drama series 24 tele-series, which starred actor Anil Kapoor, says he wants to be part of different and unique genres of shows. He believes that TV has become a huge platform, and so, whether a newcomer or an established star, everyone wants to be part of it.

"An actor faces challenges everyday. Being young actors, we have a lot of difficulties but then we can't complain about it. We just need to focus on our work and try to entertain people as much as we can," Priyanshu said.

"I have witnessed a lot of changes in myself since I joined showbiz. I don't like to copy others. I want to do roles which have been never done before. I did '24' because it was a whole new topic for the Indian television."

"Earlier, I thought once that I will only do movies. But now the small screen has emerged to a great extent, so every actor wishes to be a part of it," he added.

Asked what urged him to be a part of "Tu Mera Hero", Priyanshu said: "It is the first show in India which is guy oriented. It is totally different in its genre. There have been serials which were in the romantic-comedy genre and were light-hearted, but they were all women-oriented. The script and storyline of this show is fresh."

For his role as Titu, a lazy and humorous character from Mathura, Priyanshu actually went to the city to see a boy's life there.

The show, which airs on Star Plus, also stars Sonia Balani and Akhilendra Mishra in pivotal roles.

9 years ago Kalki Koechlin is his wife? when did that happened?