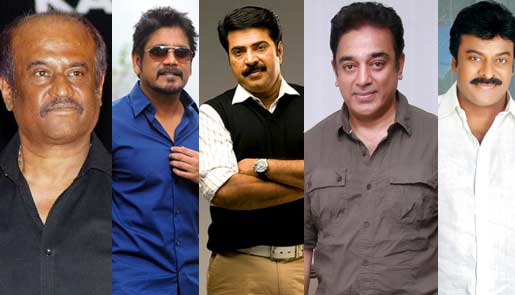 Southern film actors from the '80's Stars Reunion' club will meet in February 2015. Popular names such as Rajinikanth, Chiranjeevi, Kamal Haasan, Akkineni Nagarjuna and Mammootty are expected to come together for the event.

A venue and theme for the event is yet to be decided, Suhasini Maniratnam, one of the founders of the club, told IANS.

"As many as 30 popular actors from the 80's southern cinema industry will join hands for this reunion. It will be completely a private affair," she added.

Suhasini, along with Malayalam actress Lissy, started the idea of the reunion club in 2009. Since then, it has become an annual event.

"We're yet to decide who will host it this year. It will be an event just for us. We're not even allowed bring our spouse," she said.