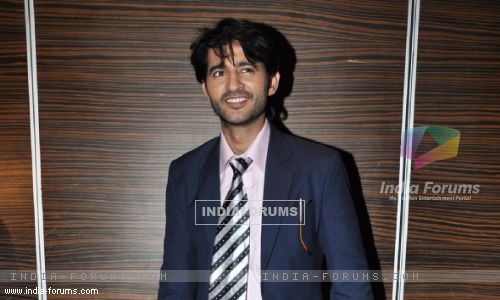 TV actor Hiten Tejwani is joining the cast of "Meri Aashiqui Tumse Hi", which stars his wife and actress Gauri Pradhan Tejwani. He is "excited" to work with his real life partner in the show.

Hiten and Gauri were the leading pair in "Kutumb", which went on air in 2001, and after many years, they are sharing the screen space once again.

"Any role for an actor is exciting, but acting with your (one's) wife is even more exciting. We'll be spending more time on the sets now. Earlier, we used to shoot on different locations, now we'll get to spend more time together," Hiten told by phone from Mumbai.

When asked how the experience of "Meri Aashiqui Tumse Hi" will be different from "Kutumb", the actor said: "Well, the characters are different. Also, when we were shooting 'Kutumb', we weren't married. But now we're married."

"When you are performing opposite to your wife, the comfort level is very high from the beginning. With other co-actors, it takes a little while to reach a certain comfort level."

The couple tied the knot in 2004 and welcomed twins, son Neevan and daughter Katya, in 2009.

Gauri had previously mentioned that she would like to work with her husband when she joined "Meri Aashiqui Tumse Hi", and now that her wish has come true, she is pretty excited too.

Although Hiten and Gauri's five-year-old twins aren't allowed to watch TV, the actor is willing to bend the rules for this show.

On being asked how his children would react on seeing them together on the screen, he said: "They will be happy to see us together. Actually, they are not allowed to watch TV as of now, but we will let them see a scene or two where we are together."

Although Hiten's schedule is busy with "Meri Aashiqui Tumse Hi", the actor is willing to take up new projects.

"I'll be busy with 'Meri Aashiqui Tumse Hi', but let's see what happens. Talks are going on. If something really nice turns up and I have time, then I'll do it," he said.

6 years ago HITEN'S entry opposite GAURI in 'Meri Ashiqui...' is the best news for their fans,i was ecastatic when i saw them in the same frame as NITIN-FALGUNI..hope to see more scenes of them!

6 years ago veryyy happyyy 2 c hiten gauri 2gther onscreen after such a long time. luvd hiten's entry scene. their chemistry ws amazinggg.
wl watch the shw just for both of them.

6 years ago Hiten and Gauri in Kutumb - the very first onscreen jodi that I ever liked. Happy to see them share screen space again after such a long time! Bless them.

6 years ago sounds interesting... ..want more screen space for our cute kutumb couple in the show..

6 years ago I am so happy that hiten gauri are together in a drama after five years. I loved his entry, their scenes and that's why I am watching Meri Aashiqui Tum Se Hi