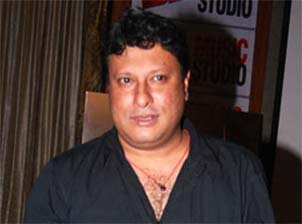 For the next one month and more, filmmaker Tigmanshu Dhulia will completely turn into an actor. He will be shooting for two projects every day.

"I am reviving the days of Shashi Kapoor and Govinda who did more than one shift per day. No actor does double shifts any more. I guess I am a unique actor in every sense," said Dhulia.

"Yes, I am completely into acting for the next one month. Though that doesn't make me a complete actor! I'll be facing the camera in two mediums - cinema and television for the rest of April and half of May," he added.

While in Nikhil Advani's film "Hero", Dhulia plays a sympathetic character, in Endemol's soap about the ups and downs in an influential business family, he is featured in a negative role.

"It's not a routine villain's role. I play a smooth operator," confides the director, who says he is nervous about the impending screen time with Amitabh Bachchan.

"I shot with Amitabh Bachchan saab for four days. Now I've to shoot regularly with him for a month. It isn't easy for even veteran actors to face the camera with this legend. So you can imagine my plight," said the director of films like "Saheb Biwi Aur Gangster", "Paan Singh Tomar", "Saheb, Biwi Aur Gangster Returns".

No direction for Dhulia until the end of May.

"I start directing 'Yaara' from from June. The main cast is in place now," said Dhulia.

For a while, it seemed Irrfan Khan would not have the dates for "Yaara".

"But we've managed to accommodate one another," said Dhulia.

Huma Qureshi Loses Cool; Says She has been 'Unnecessarily ...
23 minutes ago

2020 is Turing Out to be a Fruitful Year for Prabhas!
23 minutes ago