'Abhiyum Naanum' can easily be compared to a mellowed champagne that does not intoxicate like run-of-the-mill crass, cinematic essays loaded with violence and sleaze like hard liquor does, but leaves one with a nice, contented warmth within.

Often known for his offbeat, commendable performances, actor Prakash Raj has teamed up with Radha Mohan once again after the critically acclaimed 'Mozhi'. 'Abhiyum Naanum' tells the story of a tender relationship between a doting father and his lovable, petite daughter.

In the movie, Raghuraman (Prakash Raj) recounts his affection for his daughter Abhi (Trisha) from the time she was a little girl and how she grows up into a beautiful, lovable stranger.

The subtle differences of a child's growth is etched through a narrative partly featuring the younger version of Raghuraman, played by Prithviraj in a neat cameo. And it is interspersed with the presence of her mother Anu, essayed perfectly by Aishwarya.

Instead of pontificating about dos and the don'ts for families, the subject's humorous treatment enchants the audience.

Director Radha Mohan has shown with aplomb that what could have been shown in a 250-episode endlessly dragging mega serial can be depicted in a taut script.

The surprise package is Trisha. Otherwise known as a glam doll, her sensitive, excellent portrayal of Abhi shows what she is actually capable of.

Ganesh Venkatraman as the Sikh youth besotted with Abhi also does a neat job.

Finally, Prakash Raj proves yet again that he has oodles of talent and can blossom under an understanding director.

Vidyasagar's music and Preetha's cinematography add lustre to the film. 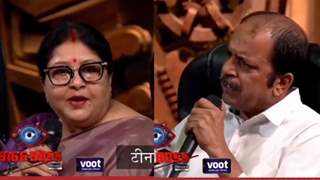 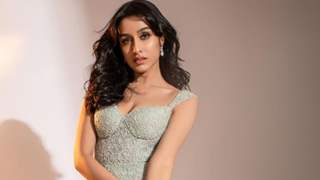