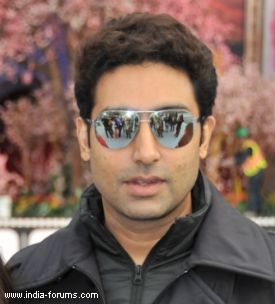 Bollywood actor Abhishek Bachchan, who is awaiting the release of his forthcoming film "Dhoom 3", will Saturday launch the Kingfisher Calendar 2014.

Abhishek will unveil the special calendar -- in its 12th edition -- along with the six girls -- Nicole Faria, Rochelle Rao, Sobhita Dhulipala, Sahar Biniaz, Rikee Chatterjee and yet-to-be announced winner of the Hunt for the Kingfisher Supermodels 2014 -- who feature in it, read a statement.

Ace photographer Atul Kasbekar, who has been associated with the Kingfisher Calendar since its inception in 2003, will be present during the unveiling.

The event is scheduled to be held at Anantha, Mandwa near Mumbai and the guests will be ferried across the sea for an intimate afternoon.