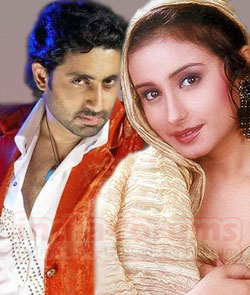 Mumbai, Jan 7 (IANS) The tinsel town is still talking about Rakeysh Omprakash Mehra's bash. The filmmaker threw an all-Rajasthani party for the 'Dilli 6' unit on New Year's eve, with the dress code and the food being Marwari.

'Rakeysh had booked an entire venue and had done it up. We had a good time. We had to wear turbans and ate ourselves silly,' said the film's leading lady Sonam Kapoor.

Abhishek Bachchan, who features in the film but was holidaying with wife Aishwarya, and Divya Dutta, who also plays a pivotal part, did not attend the party.

Divya preferred to return to Mumbai for New Year's Day to be with her ailing mother. 'She is much better now. Yes, there was a bit of a setback when my intended marriage did not work out. But I believe everything happens for the best. I know 2008 is a fulfilling year for me,' says Divya, who is also working with Yashraj Films and Subhas Ghai, besides Mehra.