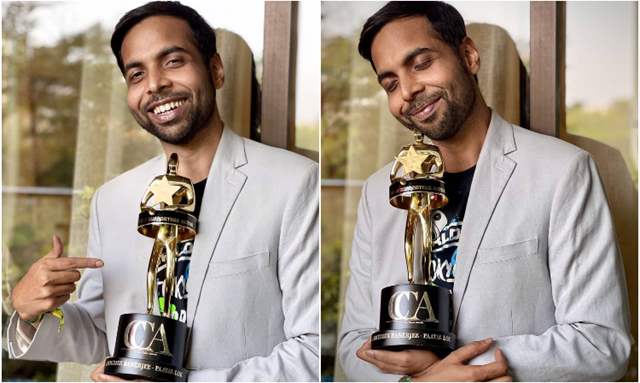 Adding another feather to his cap, Abhishek Banerjee has bagged another accolade for himself from the Critics Choice Awards 2021. The actor won The Best Award (supporting role) for showcasing the human side of a criminal as Hathoda Tyagi for Pataal Lok. His outstanding performance in the series had created a rave amongst the audiences as well as the critics.

Commenting on the victory, Abhishek Banerjee shared, “I am grateful to the entire Film Critics Guild for such an honour. I really feel very special and happy as the award has been honoured by the topmost critics of our entertainment industry who have not just seen my effort but have also appreciated my work. I want to thank the entire cast and crew of Pataal Lok for showing so much faith in me. This award will always remind me that this is just the beginning of a new beginning and would encourage me more to work hard, to learn more and more importantly to just move forward win the hearts of the viewers with just my performance.”

Abhishek Banerjee has not just firmly cemented his place in the OTT space with incredible executions in web series and films but also has scored a lot of praise for his spectacular display in the series and film respectively. He has always been considered as an actor who could effortlessly get into a character's skin and this quality has helped him to become a versatile performer and enhance his craft with every project.