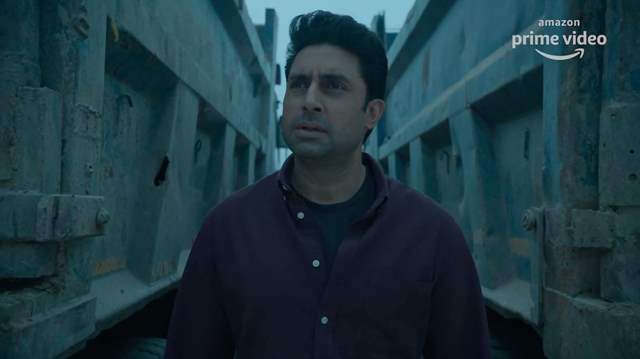 Breathe: Into The Shadows is a 12-part Amazon Original Series that follows a desperate father who will go to any lengths to find his missing daughter.

The psychological crime thriller is created and produced by Abundantia Entertainment, created and directed by Mayank Sharma and stars superstar Abhishek Bachchan in his on-screen digital debut, alongside Amit Sadh, Nithya Menen and Saiyami Kher.

The trailer for the highly anticipated Amazon Original follows the journey of Avinash Sabharwal (Abhishek Bachchan), as he and his wife delve into the case of their kidnapped daughter, Siya. In the pursuit for justice, senior inspector Kabir Sawant (Amit Sadh) takes the lead of the case, amidst the hostile environment of the Delhi Crime Branch. Obstacles face the investigation at every turn, and as the couple get closer to the truth, the kidnapper’s unusual demands place them in a series of grievous situations.

“Excitement around the new season of Breathe has been rapidly building ever since we dropped the first-look of the series. With the trailer being launched today, we hope to take fans even closer to the new world of Breathe: Into The Shadows and give them a glimpse of what lies in store. We are delighted to collaborate with Amazon Prime Video once again to bring an all-new series of Breathe: Into The Shadows to the screen,” said Vikram Malhotra, Founder & Chief Executive Officer, Abundantia Entertainment.

CINTAA ties up with Zindagi Helpline for combating suicides, ...
30 minutes ago

Sushant Singh Rajput Revealing about the Moment he Got Very ...
30 minutes ago