He'll host the first of three episodes of an exclusive chat show titled 'The Big B's Den' that will revisit memorable moments of their 'Unforgettable' world tour.

In the following two episodes, Amitabh will be seen interviewing the other members of his world tour. He will discuss their first hand experiences, unforgettable moments, success-runs among other topics. It will be aired on NDTV Imagine Friday at 10 p.m.

The Bachchan's 'Unforgettable' tour started in Toronto July 18 and ended in London Aug 24. It saw livewire performances by Amitabh, Abhishek and Aishwarya Rai with other actors like Preity Zinta, Riteish Deshmukh and composer duo Vishal-Shekhar.

There were some guest stars as well - Akshay Kumar, Shilpa Shetty and Madhuri Dixit, who performed in Toronto, Britain and the US, respectively.

The chat show is produced by Wizcraft Television. 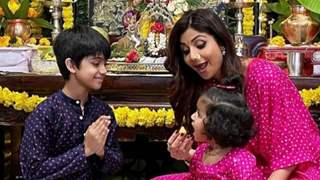