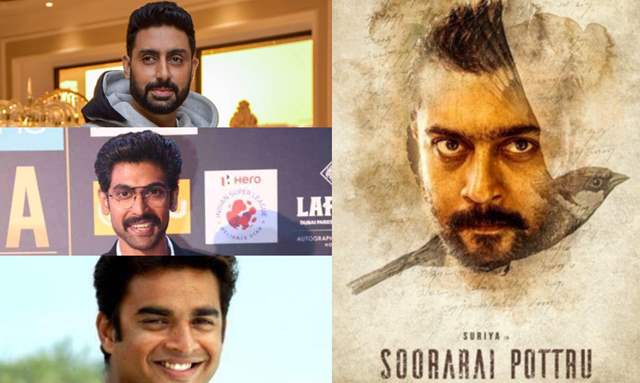 Amazon Prime Video just released the trailer of the much-awaited Tamil film, Soorarai Pottru today which will also be released in Telugu, Kannada, and Malayalam. The film will be streaming from 12th November for all Prime members across 200 + countries.

Soorarai Pottru is an Action Drama film starring Suriya, Mohan Babu, Paresh Rawal and Aparna Balamurali is based on the book “Simply Fly” and will be a fictionalized account of the life of the retired Army captain, Capt. G. R. Gopinath, who founded the low-cost airline, Air Deccan.

The trailer was very well received by the audiences as well as by celebrities of the entertainment industry like Abhishek Bacchan, R Madhavan, Nayanthara, Vicky Kaushal, Rana Daggubati, Poonam Bajwa and GV Prakash among others who took to their social media handles to express their best wishes and excitement.

Rana Daggubati wrote, “A common man, with an uncommon dream.

R. Madhavan opens up about the release of Nishabdham; says “Having a ...