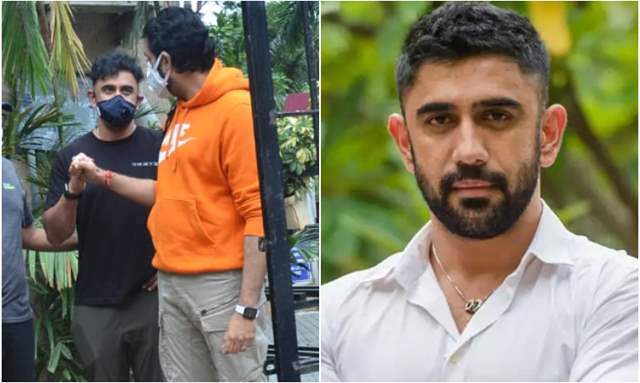 Today, actor Amit Sadh announced that his corona test results came out negative. Earlier he was spotted with Abhisehk Bachchan outside a dubbing studio in Mumbai. While several believe there is a connection between the two actors contracting the virus, Amit clarified that he and Abhishek didn’t dub together for their web show, Breathe: Into The Shadows.

During a recent interaction with Times of India, he said, “My family and I are getting tested for Covid as we speak. We all are tense. It’s perhaps not the right time for me to talk but let me clarify, Abhishek and I never dubbed together. No two actors can do it together, anyway. Yes, we were dubbing for our web series, but he did it in the morning and I did it later that day. I just dubbed for two days. I used to walk in at the time that he would walk out. We must have left together on one occasion but I don’t want people to go by the paparazzi pictures and assume that we dubbed together. We obliged for pictures together, that’s it.”

Furthermore, he also said that they maintained social distance as the government guidelines suggested. Sadh also mentioned that he saw them sanitising the space at regular intervals and were maintaining social distance.

Taking to his Twitter handle, Amit Sadh shared a post regarding his health and also mentioned that he will get a test done today as his note read, “Hi all. Thank you everyone for all your concern and wishes. I am feeling perfectly fine, however, will get a precautionary COVID-19 test done today.”

Having said that, the Kai Po Che actor has now announced that he has tested negative for Coronavirus and thanked everyone who sent in prayers.