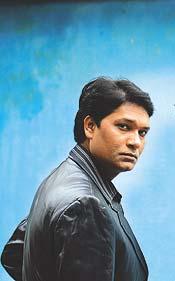 The personal story and marriage sequence of Daya Shetty in Sony and Fireworks Productions' CID did create a new intrigue that left ardent fans glued to the episodes to know the next twist in the tale. And now cashing in on the succes of Daya's personal story, the makers have introduced a personal track for Aditya Srivastava who essays the role of Abhijeet in the show!!

The promos of Abhijeet ka Ateet Ka Raaz are already on air, and this has again put the viewers in shock.

Our source states, "Abhijeet will behave very weirdly and will go on a rampage to kill his own boss, ACP Pradhyuman (Shivaji Satam) and the other officers in the team. This track will run for nearly eight episodes, and will bring in twists after twists. Viewers will be forced to believe that something is certainly wrong with Abhijeet".

We hear that this particular track will also see the introduction of a new villain who has trapped Abhijeet, and is forcing him to do all the wrong deeds. But the reason for Abhijeet's change in behavior will still remain a mystery!!

The creative team is contemplating on the track as of now, but if sources are to be believed, Abhijeet's loss of memory might be the reason for his different behavior. We also hear that there will be one such sequence wherein Abhijeet will end up shooting ACP.

We contacted Shivaji Satam who in a jovial note confided, "I know it's unbelievable that Abhijeet will shoot me, but it is true that he will shoot me (laughs). We are helpless".

Rani Mukherjee will also help these cops to solve this case related to Abhijeet. She will make her presence felt in the show as reporter Mira, to promote her upcoming flick 'No One Killed Jessica'.

Well, can we say that we are in for yet another series of thrilling episodes coming from the team of CID?

Minionite 9 years ago i luv cid as my name can let every1 no...i wonder what's going on with cid though, i havent had a chance to watch the series yet...:(

-Hina- 9 years ago Wow, thnx for the awsome news! Looking forward to this track =)

kinny_ranvir 9 years ago abhijeet rocks..he was fabulous in the promo

bmtdluver 9 years ago seems interesting but i hope that they actually have a good ending for it. When they had the thing with HD, they made HD look like an idiot when shown, and not everything was cleared.

kshanikaa 9 years ago am excited about it!! :Lets see whats the mystery...

harshitti_fan 9 years ago that sucks big time....
now, they are ruining CID

how boring can this get?

Ashalata Wabgaokar passes away due to COVID-19
11 minutes ago

Zarina Wahab was Tested Positive for COVID-19; Actress ...
21 minutes ago