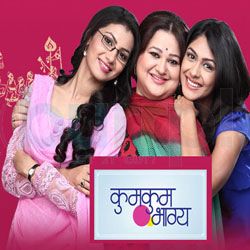 As per the current track the story is revolving around the romantic sequence between Bubul and his boss Purab and on other hand it also focuses on the marriage sequence of Pragya (Sriti Jha) and Suresh. But both it seems will come to a conclusion as Pragya will finally decide to call of her wedding with Suresh. Whereas Bulbul (Mrunal Thakur) will come to Know about Purab's involvement with other girl as well who is Abhi's sister Aaliya.

Pragya has finally blurt out that she doesn't want to get married to Suresh (Faisal Rashid) as he loves Bulbul and now in further track Abhi will get to know about about Purab's truth.

Our sources say, "Purab is in love with his employee Bulbul and they have also confessed their love, but there is a twist in their loves story that Abhi's sister Aaliya and Purab are in a relationship with each other from past one year. As it is already shown and about which even Bulbul is unaware."

The source further adds, "Purab's and Aaliya's families are aware about their relationship including Abhi and want them to get married. But Purab is now not ready to get married to Aaliya as he is in love with Bulbul. He will tell the truth to Aaliya but Aaliya will not accept it as she don't want to leave Purab at any cost not because she is madly in love with him but because of her stubbornness. She will be seen abusing and arguing with Purab where Purab will slap her for pointing finger on Bulbul's character. Thus she will create an emotional drama and tell all this to her brother Abhi which will make Abhi very angry that his friend has cheated his sister and also raised his hand on her. On the other hand Bulbul will also see a shadow of a girl who will hug Purab and say that she is in love with him and want to get married. This will break Bulbul's heart."

With whom will Purab get married to? Who will win love or obsession? To know more keep reading the space.

RaBul_ArNal 6 years ago I remember this was an amazing scene!! Arjit Taneja and Mrunal Thakur are soo amazing!!

-Tia- 6 years ago Shabbir, your eyes were bang on in this scene. Didn't like all the thappads you gave, but the emotions were apt.

-Drama_Queen- 6 years ago Use full names of The actors + actress guys :) Like

Love Arjit Taneja And Mrunal Thakur, this to help their ranks rise :)

-Drama_Queen- 6 years ago Aunty ko Thapad mila and we fans are soo happy :D just want RaBul to be the end result and you guys Arjit Taneja and Mrunal Thakur are amazing we love u and ur chemsitry :) loving the new instagram pics u guys love sexy and cute :)

poiu123 6 years ago Sriti and Shabbir gr8 as Abhigya.
Like PraBul too. Best sis Jodi.