View Profile
Abhay Deol mania has taken its time building up to a rage, but now it seems, it's surely here!

With his most recent blockbuster - Zindagi Na Milegi 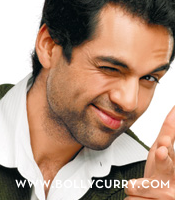 Dobara - he has won over the audiences far and wide, along with the critics who have long sworn by his talent. And the talent mind you, is no longer all about 'acting', but extends to his casually appealing vocals!
After singing for the popular ZNMD chartbuster, "Senorita", it seems this Deol has found admirers for his fun-filled crooning too! A new offer to 'sing behind the scenes' has made its way to Abhay, and this time the actor has decided to up the challenge by working without the aid of synthesizers which had done wonders cleaning up the output for the Akhtars' project.
But committed as Abhay is, he's been undergoing schematic and rigorous practice to sing for his next film, Rock the Shaadi, sans the technical back up. Sources say he will be seen as the lead vocalist for a band called 'Zehereeley Launde', all of which has prompted his regular practice sessions.
Will Abhay Deol score another win, with his streak to follow the paths less travelled?!