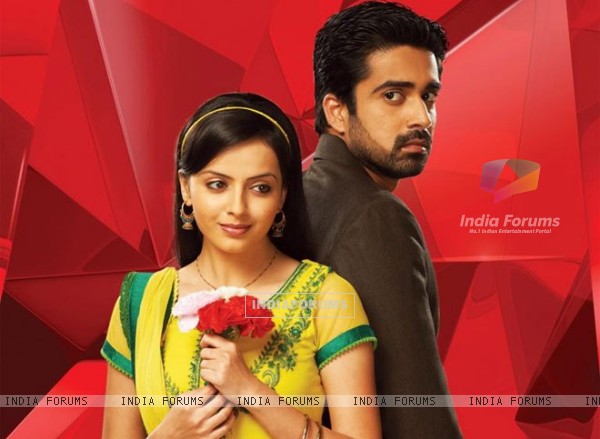 Spere Origins' popular show Iss Pyaar Ko Kya Naam Doon... Ek Baar Phir aired on Star Plus is all set to present some funny moments between Aastha and Shlok. As Shlok and Aastha have formally accepted their marriage by refusing the divorce agreement in front of the judge, now the viewers will witness some hilarious and interesting moments between the two.

Aastha (Shrenu Parikh) who has started liking Shlok (Avinash Sachdev) is trying to impress him. As Shlok is seen to be aggressive and like a angry young man in the show, Aastha will try to cheer up his mood by dressing up in different attires.

Our source informs us," Aastha will be don a different attire and will groove on a peppy song number. She will wear a nice and beautiful Anarkali similar to what Madhubala had  worn in Mughal E Azam. Then she will drape a saree similar to that of Asha Parekh. She will also don a typical hairstyle. Lastly she will wear a Kurta and Lungi as Karisma Kapur and will imitate her. But unfortunately she will face a wardrobe malfunction as her lungi will fall and this incident will bring a smile on Shlok's face and thus Aastha's efforts will not go in vain. She will be seen dancing on a famous Bollywood song sajnaji vaari vaari from the film Honeymoon Travels. This entire sequence will be shot in Aastha and Shlok's bedroom."

Hope that this incident brings Aastha and Shlok closer to each other.

.Biggi. 6 years ago SHRENU PARIKH is the cutest actress on tv.

tulip.johar 6 years ago Looking forward to this episode! Avinash Sachdev and Shrenu Parikh and the rest of the cast is doing an amazing job in Iss Pyaar Ko Kya Naam Doon Ek Baar Phir !

kareena05 6 years ago Love the show and amazing Avinash and Shrenu...

srilotus 6 years ago All the best Astha for mission Shlok manao.

great_love 6 years ago CAN'T WAIT FOR THIS1 HOPE SEE THIS SEQUENCE SOON!

'Naagin 5' To Welcome Two New Entries in The Form of Karan ...
25 minutes ago