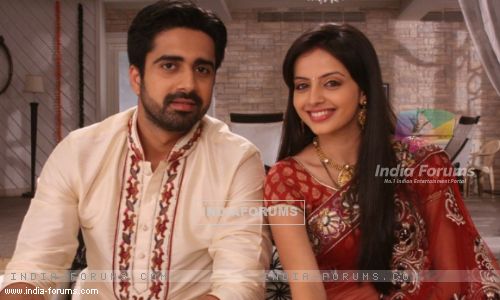 Till now we have seen Aastha (Shrenu Parikh) trying its level best to reveal the real face of Niranjan Agnihotri (Manish Wadhwa) in front of Shlok (Avinash Sachdev). But all the time, she had to face the failure.

Well, what further happens in the story says our source, "Niranjan will purposely set his study room on fire and blame it on Aastha. What next? Shlok tells Aastha to ask for forgiveness from Niranjan (Baba) but she denies the same as she knows that she is right on her part. On this, Shlok asks Aastha to leave the house. Seeing this Niranjan will yet again start with his drama and will ask Aastha to forgive him. Furious Shlok tells his father not to ask for forgiveness to a person who doesn't know his value. And with this Aastha will leave the house."

We also hear that it will take a long time for Aastha and Shlok to come back together.

This will surely break the hearts of all the Ashlokians.

Keep reading this space for more updates on your favourite shows.

Mili.. 6 years ago Avinash Sachdev you are one amazing actor love you as shlok in is pyaar ko kya n do Ek bar Phir

hp_2006 6 years ago I wish all success for this show Iss Pyaar Ko Kya Naam Doon... Ek Baar Phir and wish that this runs for a long time
Avinash Sachdev, Shrenu Parikh has great onscreen chemistry

dsr11 6 years ago Avinash Sachdev
you have delivered consistent and impressive performances through out the past year. keep it up.