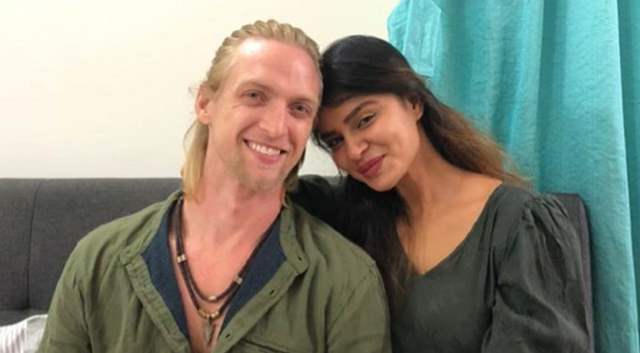 It was only a couple of days ago when reports about actor Aashka Goradia Goble coming out and confirming that she is bidding adieu to acting hit the web. We reported about how the actor not only confirmed that she has given her acting career a break but also mentioned the reasons for it along with how she will now be focusing on her business.

Unfortunately, she is back in news but for something she wouldn't have liked to be in for. The actor and husband Brent Goble have both tested positive for COVID-19.

That's right. She herself went on to post on her social media profile how they have tested positive for the virus and this happened after they took a precautionary test as they were set to fly away to USA at Goble's home.

However, they have now tested positive but Goradia mentioned that they are physically feeling fine but have obviously quarantined themselves and are away and safe from others at their home in Goa- 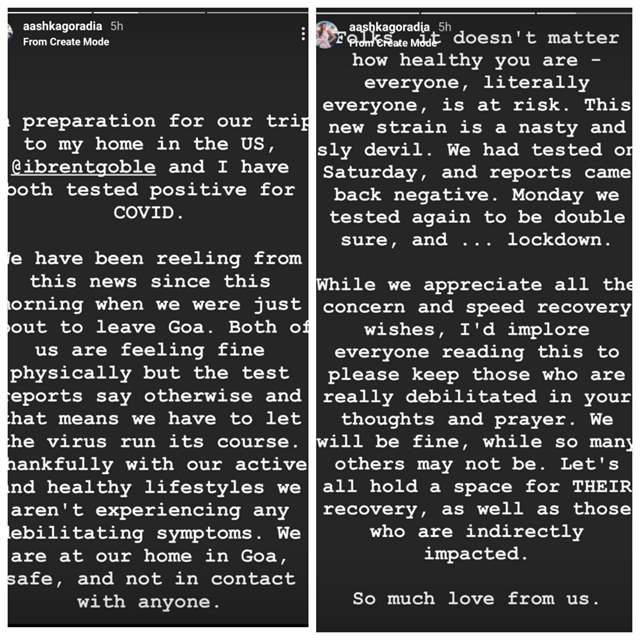 We hope the couple is able to recover at the soonest.