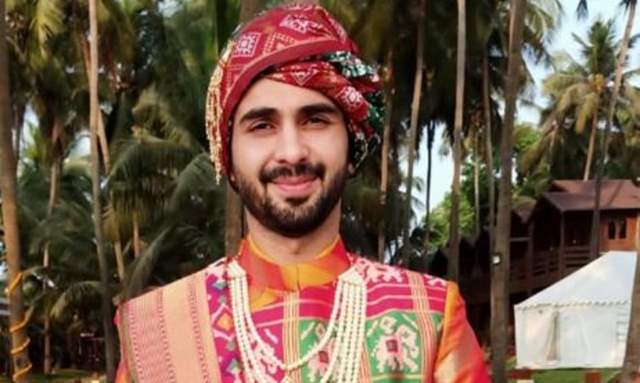 There is a lot of buzz around the forthcoming marriage sequence shoot Sonali and Amir Jaffar’s ongoing fiction Aapki Nazron Ne Samjha. Actor Abhishek Verma, who plays Shobhit Rawal, also sounds keyed up about it.

“TV soaps always have good pre-wedding and wedding sequences. The sequences add a lot of glamour to the story. They are fun to shoot script-wise as there’s always high drama, there’s scope of showcasing various kinds of emotions, so it feels good as an actor to receive a script with a lot of variation. But the heavy costumes and the Goa heat are definitely not something pleasant,” he laughs softly. The marriage sequence shoot, according to Verma, is going on pretty well. “As far as my character is concerned, on one hand, Shobhit is happy seeing his brother settle down. On the other hand, he is heartbroken because he had to let go of his own love as his brother is tying the knot with the girl he is in love with,” he adds.

Verma is happy with the kind of attention Shobhit’s character has been getting from fans, family, and well-wishers. “My character is being appreciated and I’m so thankful for all the love that is pouring in. Shobhit is an emotional person, he’s a family guy who loves his parents, siblings, and all unconditionally and ready to make sacrifices to make them happy. I think the best compliment that I received came from mothers, who watch our show. Some of them have told me how they want their children to be like Shobhit,” he concludes.

zara_112 18 days ago I love this show Aapki Nazron Ne Samjha. So glad they changed the timing of the show. I hope Shobhit doesn't get married to gunjan