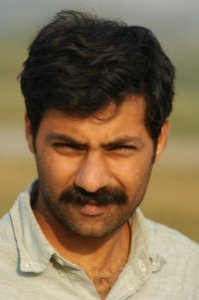 Drishtant Media created waves in the television industry with their very first show that presented to the viewers the struggle of a young girl Antara who is autistic. With the show, Aap Ki Antara, the makers spread awareness about autism not only in India, but all over. After being showered with all the critical acclaim and awards, Drishtant Media is back again with a refreshing concept, this time on Star One.

Our source tells us "The show is still in its nascent stage. It is tentatively titled 'Tamanna'; it will be the tale of two sisters. The casting is on, and in all possibility the show will launch in the later half of November". We hear that the show will be youth oriented, going by the theme and flavour of Star One.

We tried calling producer Monish Sekhri and even sent him a text, but he remained unavailable.

+ 2
10 years ago in a youth base show KaSh
Karan Grover and Shilpa Anand always ROCK.
Bring them back.

aaruandy 10 years ago SEE CVS,,,PLZZZZZZZ CAN U CAST KARAN SINGH GROVER AND JENNIFER WINGET AKA KAJEN!!!!!!!&lt;3&lt;3&lt;3 THEY BOTH ARE THE BEST N PERFECT JODI,THEY'LL GIVE U TRPS MORE THAN UR EXPECTATIONS!!!!!BELIEVE ME,ON BEHALF OF MILLIONS OF KAJENIANS,,,,CAN U PLZZZZZ CAST OUR DEAR KAJEN???PLZ DO CONSIDER

aaruandy 10 years ago PLZZZZZZZZZZZ CAST KAJEN IN THIS NEW SHOW,THEY ROCKED IN DMG!!!BUT THEY RULE DMG!!!TRPS WILL REALLI GO HIGHER DAY BY DAY IF U CAST KAJEN!!!!!THEY R THE HOT N HAPPENING JODI IN THE INDIAN TELEVISION INDUSTRY!!!!!PLZZZZZZZZ BRING OUR KSG N JENNY!!!!!THEY'LL MAKE THIS SHOW REALLI POPULAR AND MIND-BLOWING WITH THEIR ROCKING PERFORMANCE!!!!