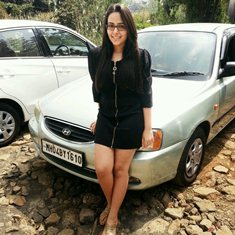 Life OK's Ek Boond Ishq has been in the news for many reasons. One of them being that Priyal Gor, who played Radha in the series, has quit the show. After much speculation, it is now revealed that Aanchal Munjal will be now be portraying the role of Radha.

Said Aanchal, Yes, it's true. I have taken up the role of Radha in Ek Boond Ishq. I am quite excited as this will be the first time I will play the role of parallel lead.'

Aanchal will essay the role of Radha, the woman whose murder and rape sent Mrityunjay to prison. Soon, everyone will find out that she is actually alive and that Mrityunjay has been wrongly acquitted.

Aanchal was previously seen in movie Aarakshan with Amitabh Bachchan and We are Family with Kajol Devgn, Kareena Kapoor and Arjun Rampal. She has also done some roles in various Hindi TV series Parvarrish - Kuchh Khattee Kuchh Meethi and Bade Acche Lagte Hai

Aanchal has already started shooting for the series and is expected to go on air by this week.

Archi21 6 years ago Ebi is running its own race

Archi21 6 years ago New twist is always charm of EBI

Simran114 6 years ago I wonder what twists and turns the Ek Boond Ishq team has in store for us. Can't wait!