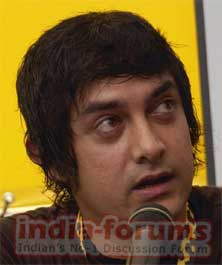 New Delhi, Nov 2 (IANS) Bolywood superstar Aamir Khan's family and his former wife Reena have come out in his support, saying his brother Faisal Khan's allegations that he had been held captive by the actor are baseless.

Faisal claims he was held captive at Aamir's Bandra home between February 2005 to January 2006, and in a Bandra clinic where he was forced to consume medicines. Aamir's father Tahir Hussain has supported Faisal's version.

'We strongly condemn the comments and allegations made by Tahir Hussain and Faisal Khan against Aamir and our family. Faisal is unwell and is in need of urgent medical attention. Aamir's attempt to take custody of Faisal was so that he could help him and take care of him,' said Aamir's family in a press statement.

'However, seeing that all Aamir's efforts have been met with such hostility, we think it's all for the best that Tahir Hussain has been given custody of Faisal Khan. He should now take complete responsibility of Faisal's care and actions,' they added.

The family maintains that Tahir and Faisal's 'baseless allegations' forced them to break their silence and issue the statement.

'As a family, we have always believed in maintaining our silence and dignity, choosing not to react to the many absurd allegations that are frequently hurled at our loved one, Aamir. But this time we feel the need to express our utter shock, disgust and contempt at the public statements of Tahir Hussain and Faisal Khan.'

Faisal, 41, suffers from periodic lapses into schizo-affective psychosis, according to the psychiatry department of the J.J. Hospital. He was produced before the court following a missing-person complaint lodged by his mother Zeenat, sister Nikhat and brother Aamir with the Khar police station on Oct 15.

The next day they filed an application contending that Faisal was mentally unstable and needed to be admitted to hospital for treatment.

However, Faisal, who recorded his statement under the
Featured Video 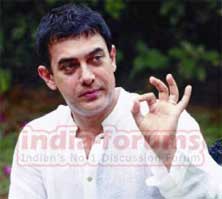 Mental Health Act, contended that he did not suffer from any mental problems. All he wanted was to live alone and start working to make himself financially independent. He had even rented a flat in Chambur, a north-eastern suburb, he said.

Faisal made it clear that there was no property dispute in the family and if he must live with a relative, he preferred to live with his father and not with Aamir or his mother or sister.

A Mumbai court ordered Faisal, who has refused to live with his brother, to remain in the temporary custody of his father, for one month after a medical report said his mental condition was not stable.

'It is deeply distressing and saddening to see the depths to which Aamir's father and brother have sunk, with the express intention of causing Aamir hurt. Their offensive allegations, malicious lies and pathetic behaviour are truly shameful.

'Their behaviour is all the more appalling given that Aamir has supported both his father and brother in every way possible for the last 15 years, and has on numerous occasions bailed them out of their various crises. Unfortunately Aamir's goodness has only earned him their envy and hatred,' they added.

The family says Aamir is the pillar of strength for them.

'He is a person of extraordinary gifts, of the highest moral integrity and honesty, and someone who has always put his family before himself. He has our deepest respect and all our love, and we support him and stand by him in whatever he does. We are proud of him for his courage and his dignity, which he continues to maintain despite all of this.'