View Profile
If all else fails, actor Aamir Khan can at least be rest assured that Dhoom 3 would have been a 'new' learning experience for him!

First there was the news that Aamir had been taking ballet 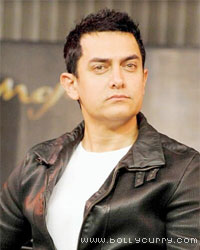 lessons for his role, leading many to speculate about his role being that of a ballet dancer in the next Dhoom installment!  However co-star Abhishek Bachchan has rubbished the rumors.  Aamir himself has further revealed that he took up the dance form to practice for a particular scene in which he spends a considerable amount of time on his toes.

The actor has also been taking lessons in the French "Parkour" which is a highly demanding method of movement requiring the use of speed and efficiency to move around objects.  Once again the training is required for stunts in a key sequence that the actor insisted on performing himself.

Also starring Katrina Kaif, Dhoom 3 is scheduled to hit the big screens in December 2012. And with Mr. Perfectionist taking to the task so, we can imagine D-3 to add itself not just as a sequel, but as much a blockbuster as the preceding projects in the series!