View Profile
Aamir Khan maybe called a perfectionist when it comes to acting but in his real life the actor is like any other immature and imperfectly normal human being. Recently 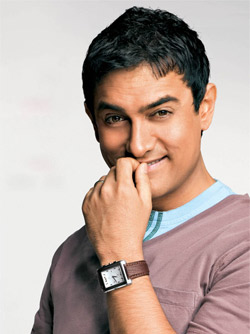 Featured Video
Aamir had promised his fans of giving up smoking but wasn’t able to keep up with it. The versatile actor has apologized to his fans on his blog blaming the pre-release tension of his upcoming film Jaane Tu… to be the reason he couldn’t quit the addiction for nicotine. Aamir has jotted down in his blog,

“I’ve begun smoking again. I know you guys are going to kick the shit out of me, my family is already doing that. In fact that’s one of the reasons I haven’t posted for so long, I mean because of my smoking. I didn’t know how to face all of you. I’d want to write about something interesting, but I’d broken my promise to y’all so I’d not know how to get around that, and then I’d just shut my comp. So I thought let me start by coming clean, and expose my human frailties.

I don’t smoke in front of kids, and I don’t smoke in the presence of people who get disturbed with it. Small mercies, I know. But what to do? I get really stressed when any of my films is about to release. I know the music is doing really well and most of you will tell me there is nothing to worry about but it doesn’t work like that. Bear with me folks, I’ll give up once Jaane Tu... releases.

So much to tell you guys but I know that you won’t be listening to anything I say now so I’ll keep this one short.

Have been enjoying the cross chatting that’s going on between a bunch of you. And I’ve created a feature where I can respond to specific comments within a post. Responses its called. I’ve posted a few in my last post to give you an idea.

Ok. I’m running for cover as soon as I click the submit tab. Be kind now.”

Well, Aamir, we do hope that you keep up with your new promise and quit smoking once Jaane Tu… is released.