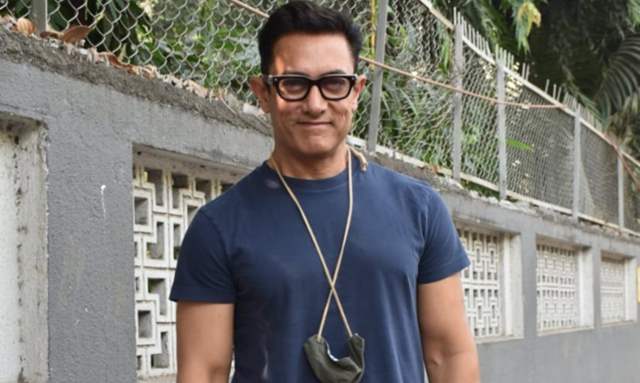 Over the past few months, there has been a lot of talk around the much-anticipated adaptation of ‘Vikram Vedha’. After reports of Aamir Khan bowing out of the project, Hrithik Roshan was suggested to take up the opportunity. It will be directed by Pushkar - Gayatri, who directed the Tamil original too.

However, fans have been wondering about the real reason, Aamir Khan took a back seat from the remake around the month of November, which was followed by media articles that the actor had walked out since he was not satisfied with the script.

Now, a recent Bollywood Hungama report suggests that Khan wanted to spin the narrative as a quintessential Hong-Kong based Gangster drama with sleek action, set against the backdrop of gang-wars in Hong-Kong.

The report quoted a source and shared the details of the film. "Aamir Khan loved the original version of Vikram Vedha and had conveyed to Neeraj Pandey, Reliance and the director duo, his vision for the gangster drama. Aamir wanted to spin it around as a quintessential Hong-Kong based Gangster drama, with sleek action, set against the backdrop of gang-wars in Hong-Kong, making the story more friendly for the Chinese market, to get additional gains from the market. The storytelling template would have been a first for the Indian audience too," the source said.

The creatives had started working on the script and multiple narration meetings happened with Aamir, who was happy with the way the script had shaped.

Aamir Khan aimed at making it one of the first Indian films that actually appeals to the neighbouring Asian country, with actors from all across.

"But when Covid-19 outbreak happened, followed by the tussle in Ladakh, the relationship between India and China went from bad to worse and Aamir had no option but to back out of the film," added the source.

Soon Hrithik Roshan got on board and interestingly, the War actor was their first choice even before Aamir but had initially rejected the film because of date issues. The pandemic, however, cleared his calendar and gave him the time-space to come on board Vikram Vedha.

While Hrithik plays Vedha, Saif Ali Khan will be seen playing the cop, Vikram. The original 2017 Tamil film featured Vijay Sethupathi as a gangster and R Madhavan playing the cop.

The pre-production work has already started in full swing and the film goes on the floor this summer. Besides Vikram Vedha, Hrithik will also be seen  in a Hotstar web series and will also be headlining the fourth instalment of the superhero franchise ‘Krrish.’