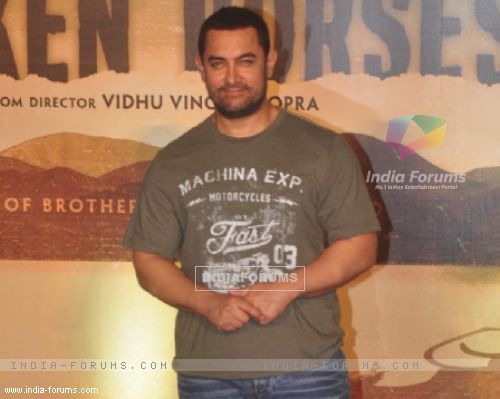 Aamir Khan has recently turned vegan. The actor who used to enjoy fish, chicken, meat and eggs has not only gone green, but also given up milk and milk products.

His decision was prompted by a video his wife Kiran Rao showed him on 15 of the most common diseases that cause death and how diet can prevent them. Aamir believes that the video showed him a better way of life and therefore he turned vegan.

He does not eat any product that comes from animals. So besides non-vegetarian, he also does not eat milk, ghee, paneer as well as Indian sweets made of milk. The only thing he misses is curd. Aamir's character in his next film Dangal is a vegetarian so the change has come in handy for his role.

Although Aamir and his wife Kiran have turned vegan, their son Azad eats what he wants. But Aamir hopes that he naturally leans toward a vegan diet as he grows up.