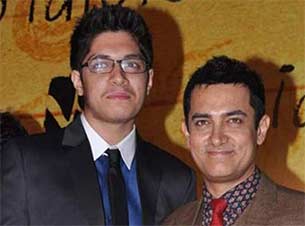 Superstar Aamir Khan has no clue what his 21-year-old son Junaid plans to do in life. He says he doesn't "tell me anything".

"We don't have any command on our kids. What will he do, when will he do, I have no idea. He doesn't tell me anything," Aamir told reporters here at the trailer launch of Jackie Shroff's son Tiger's debut film "Heropanti" Friday.

"You (media) please ask him and tell me about his plans," he added.

Aamir has three children in all. Son Junaid and daughter Ira are from his first wife Reena, and the actor-producer also has a son named Azad Rao Khan with his current wife Kiran Rao. The baby was born via a surrogate.