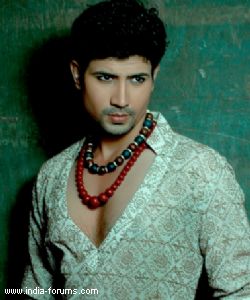 As Imagine TV's Chandragupta Maurya is heading towards the final face-off between Dhananand (Sooraj Thapar) and Chandragupta (Ashish Sharma), a few more characters are on the verge of their end.

A source informs, "In the upcoming episodes of Chandragupta Maurya, the war has begun. During which there would be a huge fight between Aambhik and Chandragupta (Ashish Sharma), wherein the former would breath his last."

Chandragupta would himself kill his childhood friend Aambhik, who always stood against Chandragupta and due to the tiff between them, he would be killed.

When contacted, Sumit Vyas confirms, "Yes, I have finished shooting for Chandragupta Maurya. My track has came to an end but the audience would see me return soon."

Get ready for the last battle between Chandragupta and Ambhik!

Permanent Roommates Duo Sumeet Vyas and Nidhi Singh are Back with ...

Haridas 5 years ago Ashish Sharma very much excited for your upcoming show SRK. I am sure you will excel as Ramji..

pyar-ishk 8 years ago I didn't even know Sumit Vyas was back on screen either and now his role ended.

jnawaz 8 years ago OMG! i didnt even know he was on this show!! omg omg!! cant believe i missed him!! grr!! i would have watched for him! lol

bhaiyyaji 8 years ago yaar yeh kya hain i was hoping aambhik would get betrayed by greeks and fight alongside with chandragupta. yeh kya hain i think he would be good ally and i love his character of aambhik he can be great rival as well as friend in show and fight in final battle against dhanna