While the patriotic songs made us proud of our countries, some of the performances left all choked with emotions. Even though there were some performances which got us into the festive mood, there were also some surprises that left us totally enthralled, there was also a feeling of unity in diversity which brought out the feeling of brotherhood amongst all contestants. That’s not all; there were also frustrations due to the confusing formats or disparity in ratings. In short the show had it all. 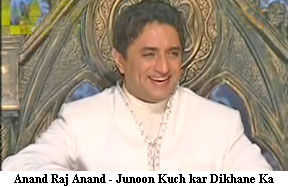 Featured Video
Junoon Kuchh Kar Dikhaane Ka on NDTV Imagine however was the best show this week. There was no elimination and it truly brought out the essence of this week’s theme. The show came out with a unique theme to celebrate the Independence Day of both Pakistan and India. It was really nice to see all the contestants singing both Indian and Pakistan patriotic songs together. The combination of retro and new age popular songs was soothing to the ears. The song written and composed by Anand Raj Anand “Azaadi ne di hai Sadaye, 14-15 Mil ke Manaye” for the occasion and sung by Rahet Fateh Aliji was the best part of the show. The show indeed highlighted that music has no boundaries. 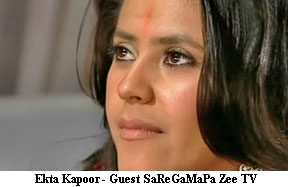 SaReGaMaPa on Zee is a show that is now turning out to be more of confusion when it comes to the format. Eklavya Gharana is turning out to be the biggest suspense of this show. How do those contestants get the chance to make a comeback in a particular gharana is something that has left the viewers quite baffled. Why the extra chakravyuh round was introduced this season is still not clear to the viewers. The Independence Day show saw Aditya making some irresponsible remarks. Our freedom fighters fought for the interest of the greater India and not for the individual nations – this is one fact that somehow the script writer seemed to have missed out. The Sanjeevani Booti fiasco was something that shouldn’t have happened, had there been a lucid script. The spotlight this week was the guest this week – Soap Queen Ekta Kapoor. From behind the scene the queen came in front of the camera but was visibly not at ease, though definitely looked cute. 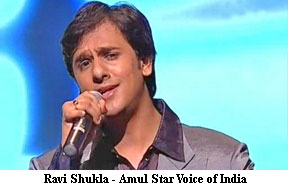 Star Plus' Voice of India was mostly incident free with some lack luster performances. As per the format the eliminations would be based on 50:50 format coming from judges and viewers votes. The judges hence need to be more responsible while giving marks. If most contestants score top ratings then finally the eliminations ends into the hands of the viewers, something they now should consider while giving marks. Ismail Durbar criticizing the voice tonal quality of Ravi Shukla was bit illogical. He was finally selected by these very Gurus’s then why reservations now!! Monty telling the eliminated contestant Mallar that he need not worry as he’ll be back in the show soon left a question mark for the viewers.

It is about time the production houses realize that viewers definitely like to watch the musical reality shows but they don’t really want to watch the dramas. Give the viewers what they want – memorable performances,  good interesting themes, good selection of songs and a neat packaging so that viewers are left back with the taste of the fabulous performances and not with some bitter taste in the mouth. The rest of the paraphernalia, can they get rid of that now please?

+ 3
14 years ago SVOI this season has one of the worse talents. And god knows why the judges hype such besura singing too. Ismail's behaviour towards Ravi was too bad. He took the whole issue too personally.

SRGMP that last part... well I just did not get what happened. =)))) Suddenly some debate started and then three walked off. This whole Sanjeevani and Eklavya part is making the whole format too complicated. How about making a plain and simple one thats understandable to simple brains like me. :)))

Junoon that show has the best talents. Ali Akbar of Pakistan is probably one of the best till date in any of these shows. The independence day show was something to cherish!!!!! Gajji deserves a BIG applause for making such a brilliant episode.

+ 3
14 years ago Absoluteloy loved the ARA and RFAK song . It was so refreshing. I must say despite being a Gaj ji show this one surely rocked this time. The participants remaining now are all so good and it will be sad to see even one of them go. Junoon was definitely the best one this week.

Seriously did not get the sanjeevsni booti drama in SRGMP. When they have so many talented singers, it is understood one of the god ones have to leave . Why realise this now... why hadnt they thought abt this when they set the format..? At times it is seriously too confusing...