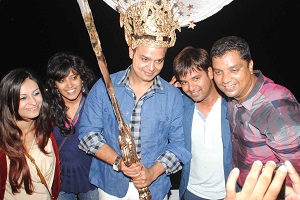 As these TV actors are busy with their hectic shooting schedule, these actors never leave a chance to party and enjoy themselves to the fullest. Recently Star Plus' epic show Mahabharat actors got a relief from their hectic schedules as the entire unit of the show had a gala time celebrating their producer Siddharth Kumar Tiwary's birthday with lasted for 3 days.

According to our source, "The production team of the show planned a nice birthday party for their producer which was very creative and it was panned in that way so that the celebration shall match to the essence of the show. The birthday boy was being given a crown by the team and a huge sword to cut the cake. It was a full 3 day masti for the entire unit as it was a fun filled party with music and lots of games going around. The team also surprised Siddharth by wearing his face masks. It was a nice treat given by the producer Siddharth to his entire unit on his birthday in Daman where the entire unit enjoyed having a luxurious time by celebrating his birthday."

TellyBuzz spoke to Shaheer Sheikh aka Arjun, who told us, "We enjoyed a lot on at his birthday party. There were lots of games and music. We all got a cake for him and the entire thing was planned by the production unit and the creative team. It was quite a good fun!"

We hope that this enjoyment and party mood stays for more days!

7 years ago Waiting for dis epi 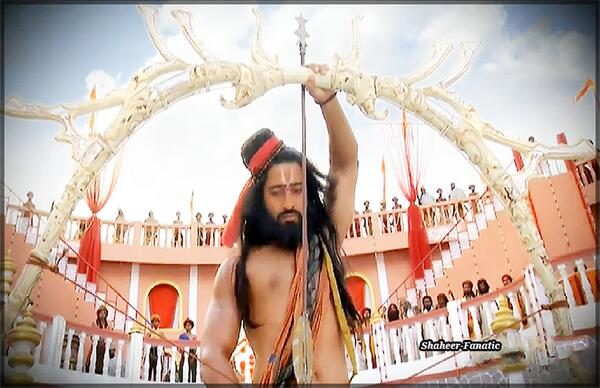 SHAHEER SHEIKH AS ARJUN IS THE BEST

7 years ago Wow..such a wonderful people this unit is having..keep rocking Mahabharat team !! Shaheer Sheikh is the besttt !!!!

7 years ago Shaheer Sheikh is a rockstar !! Superhappy to see u enjoying ur work with ur coactors..stay blessed forever :)

Paoli56 7 years ago Shaheer sheikh u r spectacular as Arjun.

7 years ago Thanx very much for tagging Shaheer Sheikh ...He is our rockstar and doing so gud as Arjun