Star One's Miley Jab Hum Tum will see some big twists coming, what with the Valentine's Ball round the corner!! 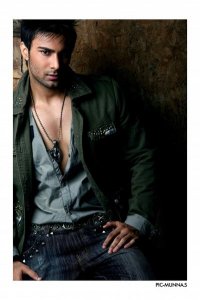 Featured Video
There will be a Special Valentines' one hour Episode that will be aired this Saturday which will unfold a lot of surprises to the viewers.

But even before that, there will be a new entry happening in Miley Jab Hum Tum.

According to our source, "Abhinav Kapoor will play a very important cameo role in the show. He plays a typical negative character, somewhat similar to Shahrukh Khan's role in the movie Darr. He is basically a college going guy from a different college; and he has his first encounter with Nupur (Rati Pandey) and Gunjan (Sanaya Irani) on the road. He and his friends indulge in eve teasing, and try their best to bully the girls. This is how the guy's entry will take place".

Abhinav Kapoor's entry will be aired in this Wednesday's episode. However, the guy will play a major role in changing the complete scenario of the story line. "He will also be present in the Valentines Bash which will end on a sour note. There will be something very drastic that will take place in the show", adds our source.

Apart from the major drama, the Valentines bash will see lot of fun and masti as the three couples have planned various surprises for their partners.

"Nupur has a big plan up her sleeve, and wants to seduce her hubby Mayank (Arjun Bijlani). These will be really funny scenes, but by the end of it, Nupur will realize that she is not a typical kind of girl who will go all out to seduce her guy. Samrat (Mohit Sehgal) too has a big plan in store for Gunjan. Adhiraj (Nishant Malkani) on the other hand plans to propose to Suhani (Anupriya Kapoor) in his own style", adds our source.

"All the three couples will be seen dancing to a medley of Bollywood songs, of the 70's and 80's, wherein all the characters in the show will either dress like a particular character in a film, or mimicking an actor. However, the creative team has not finalized finer details of the bash. As of now, decision has been taken on Dia aka Naveen Bole playing a Helen, while Uday aka Jas Karan Singh and Benji aka Abhishek Sharma will essay the great friends, Jay and Veeru", further informs our source.

When contacted, Rati Pandey tells us, "Yes, they are introducing a new character. He will try to tease Nupur and Gunjan, but Nupur will not allow anything bad to happen. Later, she patches up with him. This is all I know. Also, there will be a big twist happening in the Valentines bash. You need to wait and watch".

Abhinav Kapoor confirmed that he is doing a typical negative character in the show. "This is the first time that I will play such a character who is completely negative. Mine is a cameo which will go on for one and half months. I will be responsible for a drastic happening in the show, which will totally change the future story line".

Well, don't miss the Valentines Episode this Saturday, as it will give you the right mix of fun, frolic, drama and of course suspense….

+ 5
12 years ago omg a negative role player. now i cannot wait for this twist to see. i hope nothing happens to the sisters or break up the couples....

12 years ago Why Why? Sajan 1st Diya 2ND Sohani then Nupur then Samie ka accident then Chushmish ka Accident wo bhee gun shot sa by God so stupid twist kill the writer and director:(