View Profile
Aditya Chopra has been an avid filmgoer since his childhood and prefers to watch all the latest releases in the cinema halls. All his Fridays are usually reserved for watching the new films released that day unless he has other important engagements. Our sources close to him claim, "If there are two big releases on a single Friday, Adi still manages to catch them both almost back to back on the same day." 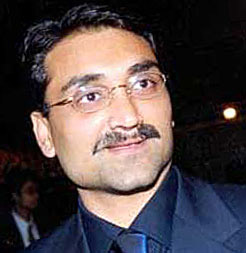 Since the DDLJ maker doesn't believe much in the concept of trial shows he never holds trial shows of his own banner films for anyone. He doesn't see other filmmakers' films, too, in private shows held in preview halls and prefers to watch them with the public in cinemas. Our source saw the ever reclusive Aditya Chopra watching Love Story 2050 at a public show in a suburban cinema in Mumbai.

Instead of Friday, it was a Thursday when he was spotted in the cinema as there were paid previews of the film in the night show on Thursday. Like Aditya Chopra, there were many people from the film industry watching the eagerly awaited film. It was therefor shocking to see Adi walking out of the show ten minutes before the film actually ended. Although Adi was not the only one to not wait for the end, his leaving the cinema before the film was completed did surprise the industry folk. The general masses kept muttering that the film was boring and, therefore, the industry people assumed that Adi also shared the sentiments of the general masses.

Interestingly, Priyanka Chopra, the leading lady of Love Story 2050, had arranged a trial show of the science-fiction film at Yash Raj Studios on the late evening of Friday, July 4, the day it was released. But this preview show our source tells us was cancelled at the last minute due to "unavoidable circumstances". Although these so called unavoidable circumstances weren't revealed, it was rumoured in industry circles that Priyanka developed cold feet when the public reports of the film were unanimously negative right from the first show of the film!
0 Likes