As BollyCurry dedicates the month of May to the latter eras of Bollywood, this week we move yet another step in time and enter the mature 90s. A decade full of freshness and creative enlightenment, the 90s presented new faces up that have set trends all over, some traits which can even be seen today. So here's presenting you ten iconic personalities who should be credited with making the 90s shine with glory. 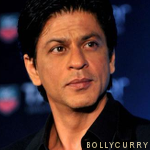 One of the most enigmatic stars in the history of Indian cinema, Shah Rukh Khan made his Bollywood debut in the late 80s after being a part the theatre and television circuit. In his early career, he took the unconventional path with portraying negative roles in movies such as Darr (1993), Baazigar (1993) and Anjaam (1994), all which earned him critics' approval. He then went on to act in many commercially successful movies such as Dilwale Dulhaniya Le Jayenge (1995), Dil To Pagal Hai (1997), Kuch Kuch Hota Hai (1998) and Kabhi Khushi Kabhie Gham (2001). Continuously proving his mettle with the versatility of his characters, he has earned himself countless fans and endearing titles such as 'The King of Romance' and 'Baadshah of Bollywood'. Now a producer, actor and a television host, Khan is an individual to be reckoned with in the entertainment industry and this proven by his collection of 14 Filmfare Awards, 8 for Best Actor, and a Padma Shri to his credit. 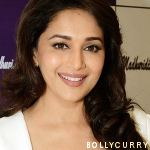 Despite 30 long years in the film industry, one name that gets the heartbeat frantic with a gentle curve of her lips is Madhuri Dixit Nene. The 80s saw her establishing her name in Bollywood but the 90s ensured that it persisted and catapulted her to super stardom. A graceful dancer, an emotive face and a heart warm as the gentle earth, everyone fell in love with what Dixit had to offer. The actress is duly credited to fully exploring each and every character she has played and made entertainment today what it is, fun. A few movies during the 90s that proved her versatility are: Dil (1990) Saajan (1991), Beta (1992), Khalnayak (1993), Hum Aapke Hain Kaun (1994) and Dil To Pagal Hai (1997). 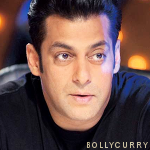 Son of the celebrated actor and screenwriter Salim Khan, Salman Khan has also taken the industry by storm with his powerful screen presence. Despite his small role in Biwi Ho To Aisi (1988) gaining him some recognition, it was Maine Pyar Kiya (1989) that his career sky rocketed. Known as one the fittest actors in Bollywood, Khan wooed the female audiences with his dreamy looks in Saajan (1991), Hum Aapke Hain Koun..! (1994), Karan Arjun (1995), Biwi No. 1 (1999) and Hum Saath Saath Hain (1999). Forever setting the bar high with his stellar performances, Khan is a proud owner of movies that have broke box-office records, a rage in the world of endorsements, and the founder of Being Human, an NGO that depicts his social responsibilities and reflect his 'heart of gold' nature. 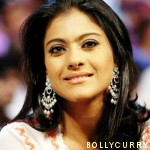 At a very young age, Kajol Devgn made her debut with Bekhudi in 1992, which did not garner her much success. However, she soon tasted accomplishment with her second movie in 1993, Baazigar, which was declared a commercial hit. After a series of few unsuccessful movies, Devgn returned to fame with Yeh Dillagi (1994), Karan Arjun (1995) and Dilwale Dulhaniya Le Jayenge (1995), all which catapulted her career to a completely new level. The actress also stunned audiences with her power-packed performance in a negative role in the thriller Gupt: The Hidden Treasure (1997). Devgn has continuously managed to defy the stereotypical image of the quintessential Hindi film heroines and set her own trends. For this reason, she has been a recipient of numerous awards throughout her career for her amazing performances and is always in demand to return to the big screen. 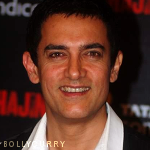 The perfectionist of Indian cinema, Aamir Khan is not a Khan to be left behind. A multi-talented person with an ability to be an actor, director, producer, screenwriter and a television host, his first appearance on-screen was as a child actor in the film Yaadon Ki Baaraat (1973). Qayamat Se Qayamat Tak (1988) provided him with the platform to seek high places and that is exactly what the actor did in a number of commercially successful movies such as Dil (1990), Raja Hindustani (1996) and Sarfarosh (1999). He has also starred in films that have broken away from normal trends and discussed topics that class as eye openers such as Earth (1998). Khan currently holds the record for starring in the highest grossing Bollywood film of all time, Dhoom 3 (2013). 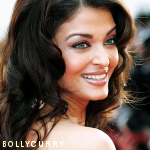 One of Bollywood's highest paid actresses and Miss World of 1994, Aishwarya Rai Bachchan is undoubtedly one of the finest actresses the industry has seen. Debuting with the Tamil movie Iruvar (1997), Bachchan's Hindi debut was in Aur Pyaar Ho Gaya (1997). Her next movie, Jeans (1998), was India's official entry for the 71st Academy Award for Best Foreign Language. The light eyed beauty has had a phenomenal career graph since her debut with critically acclaimed and commercially hit films in her kitty such as Hum Dil De Chuke Sanam (1999) and Taal (1999). Apart from acting in the various Hindi, Tamil, Telugu and Bengali movies, Bachchan has been a part of five English films and is the international face of the cosmetic brand L'Oreal. 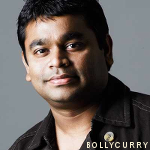 An Indian composer, singer, songwriter and music producer, the 90s delivered us a musical genius that none could compare with, A.R. Rahman. Rahman started his career with Panchathan Record Inn in 1992, a recording and mixing studio in his backyard. After composing for some documentaries, advertisements and Indian television channels, his ticket to Bollywood was Mani Ratnam's Roja (1992). After winning the Rajat Kamal Award for a stint in the Malayam film Yodha,Rahman created history by winning the Rajat Kamal Award for three movies. Now an international name, Rahman has a collection of prestigious accolades; Academy Awards, Grammy Awards, BAFTA Awards, Golden Globe Awards, National Film Awards, Filmfare Awards and Filmfare Awards South. He is a one man army who has taken the world of music by storm, aptly gaining him the title 'Mozart of Madras'. 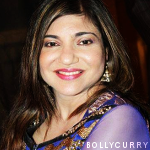 One of the most distinguished playback singers of the Indian music industry, the 80s saw Alka Yagnik's rapid climb to fame but the 90s made her an indispensable talent; all music directors/composers desired for her to voice at least one track on their album, if not all. This has lead to Yagnik working with notable singers and musicians of Bollywood such as Udit Narayan, Kumar Sanu, Soni Nigam, Shaan, Lakshmikant- Pyarelal, Kalyanji-Anandji, AR Rahman, Sajid-Wajid, amongst many others. Yagnik has innumerable songs to her credit including "Choli Ke Peeche", "Tip Tip Barsa Paani",  "Pardesi Pardesi", "Bahon Ke Darmiyan", "Kuch Kuch Hota Hai", "Chamma Chamma", "Taal Se Taal Mila" and "Chand Chupa Badal Mein". To date, she shares the title for the greatest number of Filmfare music awards (seven) with Asha Bhosle. 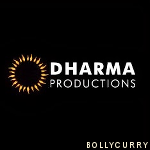 Dharma Productions, the production company founded by Yash Johar in 1976, is one of the oldest and renowned production houses in India. It is now led by his son Karan Johar, a successful director, producer, screenwriter, costume designer, actor and television presenter. Dharma Productions has produced some of the most loved and highest grossing movies of the 90s with movies such as Agneepath (1990) and Duplicate (1998). The company's graph skyrocketed even further with the junior Johar's directorial debut, Kuch Kuch Hota Hai (1998). This made Dharma Productions a house to be associated with as it continued to produce successful ventures and churn out even more successful actors/directors. 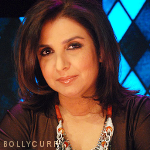 Successful choreographer turned film director and producer, Farah Khan, whose achievement includes getting the biggest of Tinsel Town stars on their toes, definitely knows her moves too. Khan started off her career as a choreographer with Jo Jeeta Wohi Sikandar (1992) and went on to choreograph many songs in successful films such as Dilwale Dulhaniya Le Jaayenge (1995), Border (1997) and Kuch Kuch Hota Hai (1998), setting the screen on fire with her shaky groove. Apart from choreographing for Hindi songs in over 80 movies, she has also directed notable movies. Khan has also been a television judge in about 15 shows and has won as much as eight  Filmfare Awards, one National Film Award, six IIFA Awards, six Star Screen Awards, two Zee Cine Awards, one Stardust Award and three Global Indian Film and TV Honours.
The above are just a few names out of hundreds of those who contribute in making the 90s an entertaining period. BollyCurry now invites you to pen down your favourites in the comments section below. Till then, we'll be back with more food for thought.
Writer: Pooja B.
Editors: Ritchelle C. and Jenifer Y.
Graphics: Marsh P.
Do you have a comment or suggestion for BollyCurry? Drop us a PM at BC_Dropbox today!