There are some individuals who leave a lasting impression on for a long time to come and whom we often remember fondly. The Bollywood industry has many such individuals, whether they be an actor, actress, singer or a director. Therefore, BollyCurry brings to limelight ten individuals from the 70s era who've left an ever-lasting impression in the lives of ardent Bollywood fans.
Zeenat Aman The definition of boldness in the 70s, Zeenat Aman broke all records of female stereotypes in Bollywood time and again. In 1971, she played the role of a troubled and westernized hippie, Jasbir, in the cult film Hare Rama Hare Krishna, which earned her the prestigious Filmfare Best Supporting Actress Award. In 1978, she starred in Raj Kapoor's Satyam Shivam Sundaram as Roopa, the character with a sex-appeal. Although this movie was highly criticized, it still went onto become Aman's ticket to success and helped her rise to fame. Other successful films of hers in 1978 included Heeralaal Pannalaal and Chor Ke Ghar Chor. Later that same year came Don in which she played Roma, a westernized character who sought revenge for her brother's murder. Her role highly contributed to the film's success at the Box Office and many actresses, such as Parveen Babi, started following her footsteps by the end of the decade.
Neetu Singh 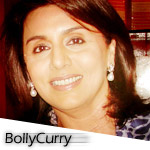 The sweet, charming and forever graceful, Neetu Singh's career skyrocketed with the item song "Lekar Hum Deewana Dil" from Yaadon Ki Baaraat (1973). Post this, offers of lead roles started pouring in, which lead her to act in a total of eleven films opposite her future husband, Rishi Kapoor. Some of these films included Rafoo Chakkar, Amar Akbar Anthony, Kabhie Kabhie, Khel Khel Mein and Doosra Aadmi. Other hit films of hers are Deewaar, Adalat,Parvarish and Kaala Patthar, many of which also starred her future in-laws. Singh and Kapoor's onscreen/off screen chemistry went on to become a memorable symbol of love from the 70s.
Hema Malini Known as the "Dream Girl" of Bollywood, Hema Malini took over the silver screen in the 70s with one hit performance after another. Her first film of the decade, Johnny Mera Naam(1970), was a blockbuster, followed by Andaz in which she played the role of a widow, andLal Patthar in which she played the role of a negative character. In 1972 came another challenging and memorable role of hers, Seeta Aur Geeta in which she played a double role. The film still remains one of the best performances of her career and earned her her first Filmfare Best Actress award. Malini's fans started referring to her as the "Dream Girl" owing to her 1977 film of the same name in which she starred opposite Dharmendra. Besides this role, she is also remembered as the extremely talkative Basanti from the 1975 blockbuster, Sholay. This role also remains unforgettable amongst masses. Her on-screen pairing with Dharmendra was adored by their fans and the duo starred together in multiple films during the 70s such as Sharafat, Tum Haseen Main Jawan, Naya Zamana and Raja Jani. Towards the end of the decade, she starred in two female-centered movies: Kinara(1977) and Meera (1979).
Lata Mangeshkar 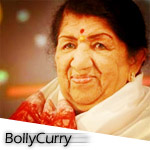 The queen of melody, legendary playback singer Lata Mangeshkar has recorded over 30,000 songs in multiple languages over the span of her career. Till today, young music directors and playback singers look up to her for the success she has achieved as a singer for over seven decades. Mangeshkar was listed in the Guiness Book of World Records continuously from 1974-1991 for having the most recordings (solo, duets, and chorus) in the world. The 70s were all rise and shine for Mangeshkar. She was chosen as the playback singer for songs such as "Chalte Chalte" and "Inhi Logon Ne" from Pakeezah (1972). She also recorded many popular songs from films such as Amar Prem, Kati Patang and Aandhi, all of which were composed by R.D. Burman. In 1973 and 1975, Mangeshkar won the Best Female Playback Singer award at the National Film Awards for "Beeti Na Bitai" fromParichay, and "Roothe Roothe Piya" from Kora Kaagaz respectively.
Helen 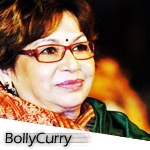 Born as Helen Jairag Richardson Khan, now more popularly known as only Helen, was known in the 70s for playing spiteful roles; no movie was complete without her sultry characteristics being present. Along with this, she also appeared in many popular sequences where one could witness her strutting her popular sexy moves. She appeared in 70s hit films such as Caravan, Anamika, Sholay, Khoon Pasina, Amar Akbar Anthony,Don and The Great Gambler. Her first Filmfare Best Supporting Actress award was for her 1979 film, Lahu Ke Do Rang.
Rajesh Khanna 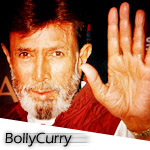 Known as the 'first superstar' of Indian cinema, the late Rajesh Khanna ruled the silver screen during the 70s, overshadowing all his contemporaries. In 1971, Khanna starred in Hrishikesh Mukherjee's Anand in which he played the pivotal role of a cancer sufferer. The role brought home to him the Filmfare Best Actor award. In the same year, Khanna starred in Yash Raj Films' first production, Daag: A Poem of Love. He then went on to perform other romantic hero roles in films such as Maha Chor, Chhailla Babu, Anurodh, Karm and Bhola Bhala. Towards the end of the decade, many of his films were not commercial successes due to his shift from being a romantic hero to a more action oriented character in multi-starrer films. However, Khanna is still remembered as one of the most romantic heroes of all times.
Amitabh Bachchan 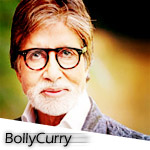 Known as the "angry, young man" of Bollywood, or simply "Big B," Amitabh Bachchan was at the peak of his success during the 70s. During the span of a decade, he starred in five films with just Vinod Khanna, none of which failed at the box office: Hera Pheri (1976), Khoon Pasina (1977), Amar Akbar Anthony (1977), Parvarish (1977) and Muqaddar Ka Sikandar(1978). He also received the Filmfare Best Actor award for Amar Akbar Anthony. This legendary actor's looks and style during the 70s earned him great reviews and he went on to become an instant fan favorite around the nation. Such was his success that till date, Bachchan is touted to be one of the most powerful and popular actors in the industry.
Yash Raj Chopra 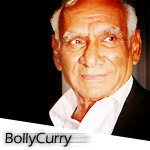 The man who spread love all over the world, the king of romance, the late Yash Chopra reached the height of his directorial career during the 70s. In 1971, he founded Yash Raj Films, an independent entertainment company where first production under the banner wasDaag: A Poem of Love (1971). Another notable film under this banner was the superhitDeewaar (1975), starring Amitabh Bachchan and Shashi Kapoor. This benchmark film went on to receive the Filmfare Best Movie award and also created a long lasting collaboration between Chopra and Bachchan. Another classic romantic film produced by Chopra wasKabhie Kabhie in 1976. This movie was a love story over two generations starring Kapoor and Bachchan again. During the 70s, the trio (Kapoor-Bachchan-Chopra) worked together on a total of four films: two aforementioned and the other two being Trishul (1978) and Kaala Patthar (1979). Until today, Chopra is remembered as the director who made actors feel the love and emotions that were buried within the characters they portrayed.
Amjad Khan 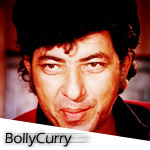 Undoubtedly, the late Amjad Khan is still remembered as the iconic Gabbar, "the bad guy of Bollywood" whom everyone refers to when an epic villain is mentioned. Working for a span of two years, his immense contribution to the 1975 blockbuster Sholay was what brought him fame and stardom. Three years after Sholay came Muqaddar Ka Sikandar in 1978. The film was another huge blockbuster and the highest grossing film of the year in which Khan played the role of Dilawar, a hard core criminal. His other notable work includes his appearance inHum Kisise Kum Nahin as Saudagar Singh, Parvarish as Mangal Singh, another villainous role, and Besharam as Dharamdas.
R.D. Burman 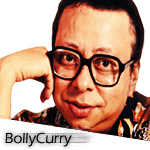 Legendary music composer, the late Rahul Dev Burman, commonly known as R.D. Burman, ruled the charts during the 70s with his new definition of music which very much influenced by western strands, a style that can be seen in musical works even in present day. Burman became the most successful music director of Bollywood during the 70s, composing hits after hits such as Amar Prem, Hare Rama Hare Krishna, Seeta Aur Geeta and Sholay. A few movies from the second half of the decade include Hum Kisi Se Kum Nahin and Golmal. Although Burman received a lot of criticism regarding his work and borrowing themes from already produced songs, his tunes always threw a new light at the Indian music industry, steering it in a new direction each time yet maintaining its classic touch.
There are many iconic figureheads of the 70s whom we have enjoyed watching and draw inspiration from, the above being only just a few mentioned. Is there anyone else who really influenced or motivated you? Let us know in the comments below and we'll be back next week with with another era of inspirational people.
Writer: Fariha L.
Editors: Ritchelle C. and Jenifer Y.
Graphics: Shikha A.
Do you have a comment or suggestion for BollyCurry? Drop us a PM at BC_Dropbox today!
14 Likes