View Profile
Whilst the Indian Film Industry rejoices over the recently announced winners of the 58th National Awards 2011, here's a compilation of Bollywood biggies 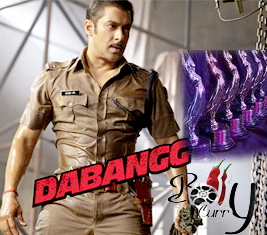 who managed to bag one of the prestigious accolades home this year.
Seems like Vishal Bharadwaj's Ishqiya tops the chart by securing the most number of awards including:
Best Singer (female) - Rekha Bharadwaj
Best Music Director - Vishal Bharadwaj for "Badi Dheere Jali"
Best Location Sound Recordist (for Sync Sound Films Only - Kamod Kharade
Best Re-Recordist of the Final Mixed Tracks - Debajit Changmai
Other winners who could proudly chant their tales of their medals are:
Best Popular Film Providing Wholesome Entertainment - Dabangg
Best Feature Film - Do Dooni Chaar
The whole of Bollywood simple seems to be in fumes over their near exclusion from the National Awards, but clearly the above seem to have a reason or two celebrate.Your thoughts on the winners?