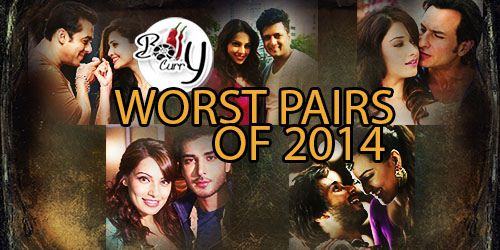 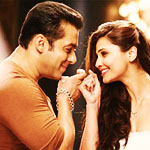 After Dabangg, Dabangg 2, Wanted and Ek Tha Tiger, we've come to the conclusion that  given everyone's obsession for the bhai of Bollywood, Salman Khan's movies actually do make a lot of money. We, at BollyCurry though, would be happier if the leading ladies of his movies were a bit more talented. We get it, a pretty face is a huge thing in Bollywood, but aside from it, we'd also appreciate if said pretty faced heroine was able to emote and create a semblance of chemistry with Salman Khan. For instance, Daisy Shah in Jai Ho, was nothing short of a wooden plank. She didn't emote, and her presence or absence wouldn't have made a difference to the movie. Salman Khan serenading to her in a wedding, and comparing her love to "Photocopy", didn't really help things either. The movie may have clicked with the masses, but Daisy Shah's disappearance after the movie is a good proof to the fact that she should try and stay away from Salman Khan, and if possible, Bollywood too.
Saif Ali Khan and Tammanah Bhatia 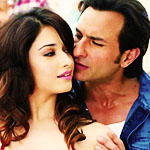 Tammanah Bhatia may be a siren down South, and Saif Ali Khan was one of the most desirable men in his heydays, but let's face it - Tammanah cannot act to save her life, and Saif clearly looks his age. Pitting them opposite one another to star in one of the biggest no-brainer films of the year, Humshakals, only served to increase the viewers' blood pressure. The two were a horrible mismatch, and the cringe-worthy dialogues and gags didn't really work in their favor. Given that Tammanah's last pairing with Ajay Degvn wasn't received well either, she should take the hint and try and work with actors closer to her age.
Riteish Deshmukh and Bipasha Basu 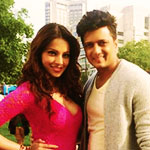 Another apalling pair in Sajid Khan's latest directorial debacle was Riteish Deshmukh and Bipasha Basu. Not only did Bipasha look much older (and taller) than Riteish, but the two had absolutely no chemistry. Also, we get it that Riteish is very proud of his Maharashtrian heritage, but its high time that he stops playing a Maharashtrian boy. We're sick of him spouting Marathi phrases in every movie of his!
Imran Abbas and Bipasha Basu 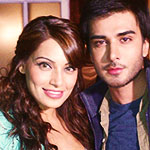 With the rising popularity of Pakistani actors in Bollywood, such as Ali Zafar (most famously known for Tere Bin Laden and Kill Dill) and Fawad Khan (debuted with Disney's Khoobsurat), everyone expected Imran Abbas to steal our hearts away in Creature 3D. However, his chemistry with Bipasha Basu was close to non-existent, his acting prowess didn't leave much to impress, and the movie tanked terribly. Another reason why this couple wouldn't have worked could probably be because everyone is tired of watching Bipasha in horror movies. Maybe a change of genre would work wonders, Bipasha?
Shahid Kapoor and Sonakshi Sinha 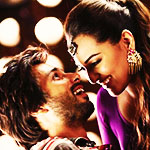 While the movie R...Rajkumar was an average run-of-the-mill Bollywood masala flick, the odd pairing of Shahid Kapoor and Sonakshi Sinha is what could have possibly led to the movie's failure at the box office. Shahid and Sonakshi are brilliant performers, but when put together in one frame, they looked oddly mismatched. The couple received a lot of flak from viewers, and it only serves to emphasize our point, that the two should never be cast opposite each other again.
Aside from the aforementioned couples, there were many other on-screen pairings that made us cringe in our seats. The likes of such couples include Ram Charan Teja and Priyanka Chopra in Zanjeer and Vidya Balan Kapoor and Farhan Akhtar in Shaadi Ke Side Effects. Given the plethora of mind-numbingly ridiculous movies that released this year, we're sure that you must also have such a list at the back of your hands! Comment below and let us know what you think!
Author: Ritchelle C.
Editor/s: Pooja B. and Gunia K.
Graphics: Komal P.