Bollywood is well known for introducing random songs but somehow they befit every situation. However, because of the popularity of songs in movies, often enough there are times when they are not quite up to the mark, don't match the standard already set or are just simply outright horrendous. Before we begin the new year with a new slate of songs, BollyCurry brings to you the Top 10 Trashy Songs of the year 2013!
1. "God Allah Aur Bhagwan" - Krrish 3 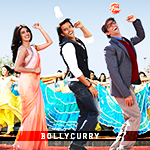 This song is a tribute from the common people to the superhero of the movie, Krrish. However, one can't help but cringe as soon as the song begins. The tune is perfect for a Disney movie, unfortunately, this was not one and so did not fulfill our requirements. Cheesy dance moves that remind you of the 90s era just adds to the 'trashiness' of it all. We pray to God Allah aur Bhagwan to send us a superhero to save us from this trashy song!
2. "Dil Tu Hi Bataa" - Krrish 3 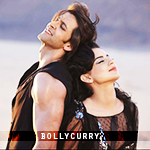 Although Robot pulled off a majority of its songs, Krrish 3 hasn't done so well. The series, known for its beautiful songs, seems to have focused more on computerizing the characters and the setting than the songs this time round. We weren't sure if this was a romantic song or a failed attempt at creating an 'extraterrestrial' atmosphere. Perhaps the saying "songs can make a Bollywood movie, songs can break a Bollywood movie" was too mainstream forKrrish 3.
3. "Main Taan Aidaan Hi Nachna" - Yamla Pagla Deewana 2 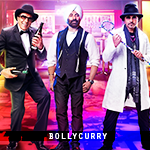 Should you have a dance playlist, despite being able to dance or not, then this song definitely makes that list because even the most silliest moves will be perfect! As expected, the song has no proper meaning behind it and is a complete waste of a Bhangra beat. There are some songs such as "Angreji Beat" that make it but this just isn't among those. Just as your feet begin to tap along, a very badly penned rap interrupts the already Bollywood-movie-breaking song. You won't be seeing us dancing like that anytime soon, we can tell you that!
4. "Tu Hi Khwahish" - Once Upon A Time In Mumbai Dobaara 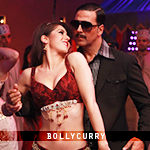 This song seems to be taken directly out of Action Replay!, alas, it wasn't one of the good ones. Unfortunately, retro disco songs are hardly done right by Bollywood these days, no matter how much composers try. Was the mission to add some flavor and fun into the movie with the song? Our verdict? Epic fail.
5. "Pinky" - Zanjeer 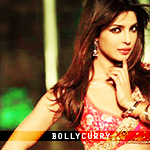 When a concept is used excessively, there comes a point where it becomes a cliche. This is now true of item songs in Bollwood. After all the Munnis, Sheilas, and Chikni Chamelis, ladies and gentlemen, we now welcome our paise walon ki Pinky! If we look past the cringe-worthy dance moves, the song itself can't even be categorized in the 'tolerable item songs' list It's time Tinsel Town tries for a new concept for songs since items songs have long officially lost their charm.
6. "Zulmi Zulmi" - Grand Masti 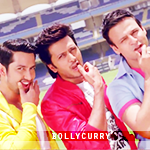 Zulmi zulmi! We don't even need to compare, contrast and put this song down. It does that itself! Nothing else to say!
7. "Tu Bhi Mood Mein" - Grand Masti 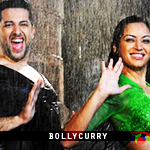 You would think that one trashy song would be enough for a movie but is seems the buy one and get one free scheme has become a popular trend for Bollywood. This is one badly written, produced and sung songs that we throw it straight into our 'abomination' category. There is too much that irks us. To name one thing, who wrote those horrific lyrics? On second thoughts, it's best that remains unknown to us.
8. "Aare Aare" - Besharam 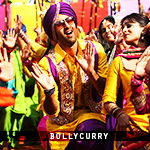 Collaborations and the mixing of cultures is a popular trend in Bollywood and usually, it works like a charm. This song however, fails to do that. The Bhangra beats with the typical Bollywood music just doesn't appeal to us. Ja re ja, we've heard enough.
9. "Chal Hand Uthake Nache" - Besharam 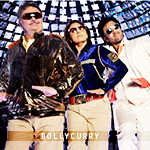 Ah, a song about how, why or when they're going to dance. Another one of those cliched Bollywood songs. All we can say is, bring some originality in B-Town! Though we did appreciate Rishi Kapoor and Neetu Singh in the song.
10.  "Laila" - Shootout At Wadala 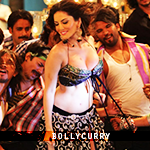 If this song wasn't already in the headlines for it's controversial lyrics, we're throwing it in the spotlight for being undoubtedly one of the trashiest songs of the year. The tacky concept and retro music makes it trashier than it already is. Oye, trashy songs teri le lai lengey, tu likh ke le lai.
With the new year approaching, we hope for a year where we can dance, enjoy and sing along to the songs instead of cringing! For now, we'll make do with the better songs of 2013 to bid adieu to this eventful year!
Author: Harjot D.
Editor: Shreya S. & Jenifer Y.
Graphics: Virina R.