Gone are the days when a young couple would prance around a tree, singing songs about their love. Bollywood has begun evolving with movies becoming more and more believable by the day. Be it gangster Manya Surve's death in a gunfight, the tragic story of how a young Ankur Arora lost his life due to medical negligence, or the devastating 26/11 terror attacks in Mumbai; real life incidents have found their way to the silver screen, showing Indian cinema's transition towards realism. In the year 2013 itself, there has been an influx of films based on real life incidents. Read on as BollyCurry brings to you a few films which hold resemblance to true incidents. 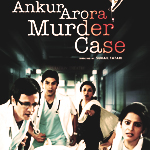 One of the first films that comes to our minds when we talk about movies based on real life incidents is Ankur Arora Murder Case. The suspense-thriller dealt with the sensitive issue of medical negligence, where a young boy loses his life during a minor surgery simply due to the surgeon's sheer negligence. Based on the true story of a young boy who lost his life in a similar case, the film included a talented star-cast including KayKay Menon, Tisca Chopra, Paoli Dam and Arjun Mathur. However, the film received mixed to negative reviews as some critics felt that the issue was not dealt with adequate sensitivity. 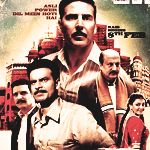 Next up, we have the crime-thriller Special 26. This film was inspired by the "perfect robbery" that took place in the famous Tribhovandas Bhimji Zhaveri jewelry store back in 1987. Comprising of a stellar star-cast that included Akshay Kumar, Anupam Kher, Jimmy Shergill, Manoj Bajpai, Divya Dutta and Kajal Aggarwal, the movie opened to mostly positive reviews from critics and also sent the cash registers ringing! The novelty of the film lay in the fact that the audience was left guessing everyone's loyalty till the end, making the climax came as a shock to one and all. Surely, this is a must watch movie for everyone! 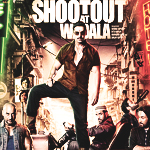 While we're talk of crime thrillers, how can we not mention the popular Shootout at Wadala? The film was based on the first registered encounter that took place near the Ambedkar College in Wadala in the year 1982, where notorious gangster Manya Surve was shot to death. The film comprised of popular actors such as Anil Kapoor, John Abraham, Tusshar Kapoor, Manoj Bajpai, Sonu Sood and Kangana Ranaut and also featured a cameo by the yesteryear beauty, Sonali Bendre Behl. The film opened to mixed reviews from the critics but still managed to go on to become a hit. 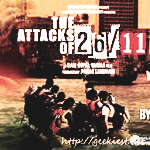 An incident which will be etched into the lives of every Mumbaikar would have to be the terror attacks of 26th November 2008 where 26 assailants entered Mumbai and attacked various hotels and other popular locations, mostly in South Mumbai. Famous director Ram Gopal Verma adapted this incident for celluloid and The Attacks of 26/11 came into being. While the film didn't boast of popular names in its star-cast, save for the veteran Nana Patekar, it received mostly positive reviews from the critics, with one famous film critic stating the movie to be the best portrayal of terrorism in recent years. 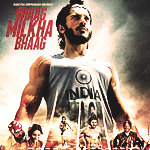 If we talk about movies based on real life incidents, and we don't talk about the infamous Bhaag Milkha Bhaag, we wouldn't be doing justice. The biographical sports-drama brought to light the real life story of the Indian Olympian Milkha Singh, more famously known as the "Flying Sikh". Directed by Rakeysh Omprakash Mehra, the film featured exemplary performances by able and talented actors including Farhan Akhtar in the title role, Divya Dutta, Sonam Kapoor, Prakash Raj and Australian actress, Rebecca Breeds. The movie opened to largely positive reviews and went on to become a favorite amongst the masses. Bhaag Milkha Bhaag also managed to enter the prestigious 100 crore club and went on to become one of the highest grossing Bollywood films of the year.
Aside from the aforementioned films, movies such as Shahid, Zila Ghaziabad and Once Upon Ay Time In Mumbai Dobaara were also loosely based on real life incidents.
With the above defining movies, BollyCurry hopes that the upcoming films of 2014 based on real life incidents, such as Mary Kom's biopic, are appreciated by the critics and audiences alike, and send the cash registers ringing all year end!  Until then, here's wishing all the readers of BollyCurry a very happy and prosperous New Year!
Author: Ritchelle C.
Editor(s): Pooja B. & Jenifer Y.
Graphics: Shikha A.
5 Likes