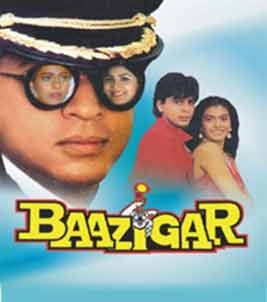 Shah Rukh Khan took a risk by playing a villain in "Baazigar" 20 years ago, and he is still reaping rich dividends for that. The superstar Tuesday thanked its makers and his co-actors.

"Baazigar" is one of the few films starring Shah Rukh in a negative role. Other such films include "Anjaam" and "Darr".