Indian actor Konkona Sen Sharma entered without creating a flutter followed by Chief Minister Sheila Dixit, who caught all the media frenzy leaving Nandita Das out of the camera frame.

A horde of people queued up outside the main auditorium at Siri Fort to attend the opening ceremony that commenced with a dramatic overture by actor and compere-auctioner of the Osian's Connoissuers of Art, Rajit Kapur.

An audio-visual clipping tracing the nine years of the Osian's journey was showcased. Founder-chairman of the Osian's Connoisseurs of Art Neville Tuli later came up on the stage to retrace the birth and evolution of the gala.

Aruna Vasudev, founder of film festivals Cinemaya and Cinefan that were taken over by Osian's half a decade ago, has also been working closely with Tuli. At the ceremony, she also handed over the reigns of the management of the affair to Tuli.

Sheila Dixit was invited on stage to declare the 10th Osian's-Cinefan Film Festival open by lighting the lamp along with Tuli, Vasudev, Padgaonkar and Shrikent.

The eminent jury of all competitive sections at the Osian's, comprising industry stalwarts like Indonesian actress Christine Hakim, Indian director Ketan Mehta, British filmmaker Tony Rayns, Pakistani actor Mohammad Bakri and many others were welcomed on the stage.

Since the inaugural ceremony was to be followed by the opening film of the festival, 'Sparrow' by Hong Kong-based filmmaker Johny To, the director was invited on stage to talk about the film. 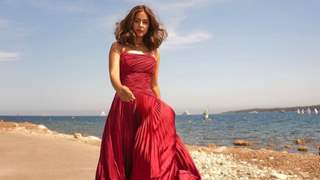