Boman Irani is in Zurich, where he had been invited to deliver a motivational speech.

Interestingly, the event also coincides with Boman completing a decade of conducting motivational talks and workshops at the corporate level. This facet of Boman's life may come across as a surprise for many who know him only as an actor. Yet in the corporate field, besides being known for his brilliant onscreen performances, Boman is a name synonymous with his highly inspirational talks that have often become the turning factor in the lives of many from his academic audience. And the talks, points out Boman, are not about his successful journey in Bollywood, but about his life's ups and downs up until the point when he became a film actor at the age of 44. "My talk is an anecdotal journey which starts the day I was born to the day I signed Munnabhai MBBS," shares Boman. 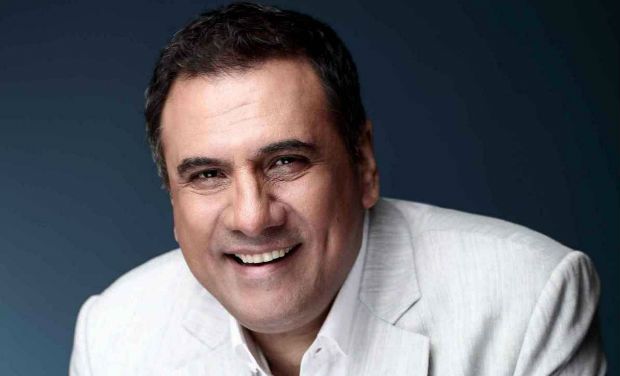 Adding that he tries to narrate his early failures with more glee than he does his successes, "The greatest comedy comes out of misfortune! So I am not there talking about triumph of a physical form like scaling the Himalayas, or in my case my success after becoming an actor, but about the struggle before I reached there. So people know I worked as a photographer before I turned to films, what they do not know is that I have worked as a waiter too and a struggling theatre actor that trained me to become the actor I am," he says.

Recalling how his journey as a motivational speaker began, Boman, who has been getting standing ovations for his sessions, reveals that it all started ten years ago. "Back then, I used to host corporate events, but when I would get on stage, many from the audience would often ask me questions about my journey, and it would end up becoming an interview session. So, the CEO of the company suggested that I should actually do the session as a motivational speaker! That's when the penny dropped and I decided to conduct these workshops."

But does the corporate audience find it easy to connect to a Bollywood star? "The alienation is narrowed down in an instance when I tell them that my story is no different than theirs. What also helps is that I have never played larger than life figures in my films. My characters on screen have come out of everyday life and people find it easier to connect." However, Boman while inspiring lives, insists that his audience not get starry-eyed about celebrity-dom and leave their cushy jobs in pursuit of dreams alone! "I always ask them to pursue their dreams but also to be realistic about their own core competence. What needs to be remembered is that it takes a lifetime of hard-work to become an overnight success!"

Alaya F reveals how Anurag Kashyap tried to brush her off at ...