Indian captain Virat Kohli has every reason to be confident his team can seal a historic Test series win in South Africa when they face the hosts in the second Test at the Wanderers Stadium on Monday.

"It's a ground we all loving, playing on and we are looking forward to it," said Kohli after India won the first Test at Centurion by 113 runs on Thursday.

The numbers bear out Kohli's optimism.

India has yet to be beaten in a Test match at South Africa's premier cricket stadium and has a record of two wins and three draws since their first tour of South Africa in 1992/93.

Despite the Wanderers being renowned as a ground favouring fast bowlers — which should have put India at a disadvantage on some of their earlier tours, before the emergence of their potent current pace bowling attack — India has performed consistently well in Johannesburg.

With the Centurion Fortress finally breached and a maiden Test series victory on South African soil in sight, Virat Kohli-led Team India will have all to play for when they face-off against Dean Elgar’s South Africa, this time at Johannesburg’s 'Bullring' in the second and penultimate Test on Monday.

Still, despite all the dominance in Test cricket, Virat Kohli and Rahul Dravid will have a few questions lingering in their mind going into the second Test, especially those that concern the team’s middle-order. 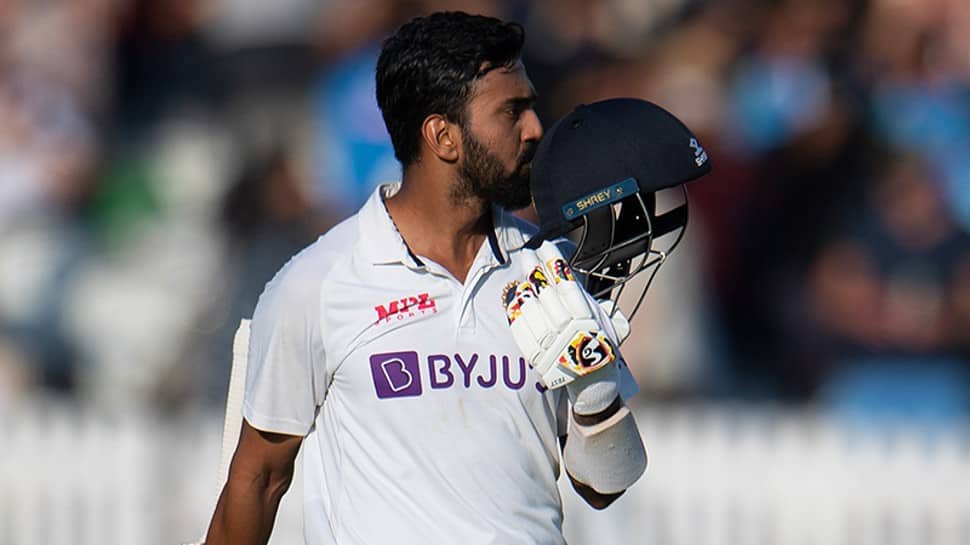 South Africa lost the toss but had a terrific session as their pacers wreaked havoc to leave India tottering at 52 for 3 at lunch on the opening day of the second Test match at the Wanderers in Johannesburg.

The second Test match started with the biggest surprise of the day with KL Rahul walking out for the toss instead of Indian Test captain Virat Kohli, who did not take the field due to an upper back spasm.

KL Rahul, who got the honour to captain the Indian Test team for the first time in the absence of Virat, won the toss and chose to bat first. Openers Rahul and Mayank Agarwal gave India a steady start as Kagiso Rabada and Duanne Olivier bowled full throttle from both ends.

India bowled out for 202

Marco Jansen bagged four wickets while Rabada and Olivier picked three wickets each as South Africa bowled India for 202 in first innings. For the visitors, KL Rahul was the highest score having hit fifty, while Ashwin was the second-highest run-getter with 46 runs to his name.

Rookie bowler Marco Jansen took four wickets as South Africa bowled India out for 202 in their first innings on the opening day of the second test at the Wanderers on Monday.

The 21-year-old Jansen, playing in only his second test, returned impressive figures of 4-31 in 17 overs after India had won the toss and elected to bat on a wicket that they expected to offer rewards for the batsmen.

Opting to bat first, Virat Kohli-less India were bowled out for 202 in 63.1 overs by an impressive South African bowling attack on the opening day of the second Test at The Wanderers Stadium in Johann...

Thank you Madhu di for the thread.

202 all out oh no, our batting is looking little weak. Hope Indian bowlers bowl well.