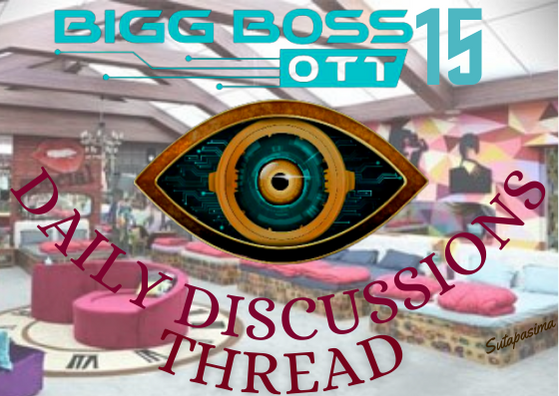 Few things to keep in mind while commenting in this thread.

- Keep the discussion limited to the show and season 15 OTT

- Do not bring contestant's personal lives/history in this thread.

- Do not bring previous season discussion in this thread.

- Comparison won't be allowed as per the forum rules. So better keep the discussion limited to individual performances.

- You are not allowed to spam this thread. Only healthy discussion will be entertained.

- Do not post any social media content to the DDT, whether that is tweets, IG updates, articles, or any other form of SM content. Use the social media thread, ATs, or main forum for such discussions.

- As this show involve celebs, your views are bound to differ from others as everyone will support their favourite celebs. Having said that please refrain from insulting or using derogatory words against any contestant/anchor. However you are free to criticize provided it falls under constructive criticism. Learn to ignore and use report button when you see someone crossing his/her limit. 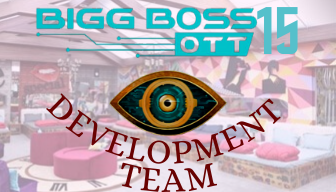 MAIN POINT OF THIS EPISODE

Nishu is a stand king of this season.

Not worth updating IMO.

They are shouting and arguing.

Is it only me jisko aaj Rakesh k liye bilkul bura nahi laga.

I mean I get it that zabardasti ka triangle create kiya hai bb ne but this guy is useless yaar.

It's clear that he doesn't want to be with Shamita anymore but does not have the spine to tell her on face.

He feels he is being targeted and deliberately people put him in spot but dude it is your actions on the show that ppl are questioning.

He was called henpecked , he said bhad mein jaye jo bolna hai bolo.i don't want to give any explanation.

Now when people are calling him confused he is offended and doesn't want to play the game.

I'll tell you the real reason , you were infatuated with Shamita.You enjoyed flirting with her and enjoyed getting the same amount of reciprocation.

Now you feel she is not right for you.You even made it clear to her that you are not looking for a relationship but but but but there is a but here.

The but here is that you cannot say to her that Shamita I don't like you anymore , I don't like your company anymore. You say that oh I like you very much BUT I am not interested in any relationship.

You say oh I like you BUT you control me , demean me but still I like you very much.

Whatever you felt today , it is YOUR 5 weeks journey. You did not care in the till now then why crib now?

Raqesh niece got message for Divya

Truly disappointed with raqesh especially coz of the water task but then again kuch jagah laga they are trying to portray him in a bad light coz like others he was not given the chance to give a diplomatic or balancing answer and they were not letting him explain knowingly that is not his strong point.

It all started with bashing from karan then bringing out the relationship issue which was not a topic to discuss then he was the deciding factor for moose to us pe blame aaye.

It was cute and sweet to see div and varun. Varun ne acha bola.