This story is an extension of the current plot but with a twist.

Malhar has married Kalyani under the pretext of avenging Swara's death. He continues to be bitter towards Kalyani but is never physically or mentally abusive towards her because his love for her can never be suppressed. He is coping with his losses and is going through the different stages of grief. As much as he hates to admit it, Kalyani has been the only calm in his storm despite his trust issues with her. He  pretends to be angry with her just so that Anupriya feels sad. He is basically numb at this point.

Kalyani is not the same helpless 18 year old she once was, she is now a strong independent women and knows how to give as good as she gets. While she sympathizes with Malhar and all the tragedies that has come his way, she still knows how to stand up for herself and is not one to take things lying down. This time around instead of putting up with his baseless accusations, she has been confidently defending herself and her mother and is calling out any wrong doing. When Kalyani found out about his reasoning behind marrying her, she was truly disappointed in him. The mere fact that they had spent 5 years apart from eachother due to all the misunderstandings and that things were finally in the clear for them to get married but he still chose to mistrust her once again irked her the most. Although she continued to love him, she had made herself stern and had decided that she would continue this marriage until she exonerated her mother and herself. Once that was done she was considering to legally separate and share  Moksh's custody with him as she felt that there was no point in staying in a loveless marriage.

Both Kalyani and Malhar were battling their own demons. If Malhar felt that he was betrayed by the woman he loved for supporting his sister's alleged murderer, then Kalyani felt let down by the man she loved so purely for marrying her out of hate. Both of them loved eachother and they knew it, they had always dreamt of a happily ever after which was unfortunately shattered by fate once again. Kalyani and Malhar were no saints themselves. They each had their own vices. In this case, neither of them were wrong, it was the circumstance which was wrong. They were good people to whom bad things had happened to. Emotions were driving and clouding their judgement. Sometimes being unaware is better than knowing half truths because this lethal knowledge always leads one on a path of self destruction and destruction of things around them. These half truths had led Kalyani and Malhar to their current situation. But obviously things were about to change as change is the only constant in this world.

The devil's mistress, Avni is still living in Ahilya Nivas just to add fuel to the fire. Her evil intentions have no bounds. She is still unaware of the fact that Ahir never came back for her and his unborn child, rather he returned home to get back at Malhar and Kalyani. She plots everytime to bring a rift between Kalyani and Malhar but all goes in vein. She is the kind of character who feels that if she is not happy then nobody deserved to be happy. She is just pure evil through and through.

Sarthak wants Anupriya to be convicted for aiding and abetting domestic violence after reading Swara's diary. But on Malhar's request, he has decided to step down. He despises the mere mention of the Deshmukhs. While he never supports Avni in the open, he also doesn't prevent her from harming Kalyani and Anupriya.

Anupriya this time around is determined to fight for what is right and is not going down without a battle. After she found out about Malhar's ulterior motives, she has given him a piece of her mind and has foretold that his mistakes this time around might just be irredeemable. She boldly defends her innocence and proclaims to prove the same with or without anybody's help. She has her daughter's undying support and her daughter has hers, that is all she needed at this point.

Moksh is as always the binding force between his parents. Given the current situation, his crazy antics are the only reason for a smile on both his parent's face. He continues to live in mukku's disguise but not for long as things are about to take a sharp turn.

Aaosaheb is her opportunistic self as always. She pretends to support Kalyani and Anupriya but in reality is the mastermind behind their misery.

Ahilya Niwas is divided metaphorically this time and its Ranes v/s Deshmukhs once again.

This preface is just to provide a standing to the story. It sets up the storyline for what's to come next. This is so that the we can relate to what the characters are emoting and why they are doing so. The actual story begins from Chapter 1. There is another character who is yet to be introduced. This introduction will be done when it is necessary in the story.

Hope you guys liked the preface. Please feel free to give me your honest feedback on it. It is my first time around with a fan fiction, so I sincerely apologise in advance for any mistakes I make along the way.

The preface is wonderful Minnie.

All the characters are described according to the situation they are caught in.

I'm glad that Kalyani and Anupriya want to take a stand for themselves.

Would love to read more as the story unfolds.

Thank you guys for being so kind and encouraging 🤗 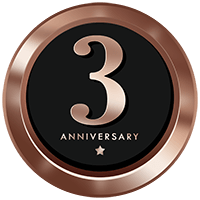 Looking forward to read the story❤

Looking forward to read the story❤

Thank you Chandu 🤗..I will try my best to put out the first chapter today

Shagun Pandey reveals he is in love with a well-known ...