An appreciation for Prime Minister

Narendra Modi is dealing with an exceptional crisis. No PM has had to face such a situation that has impacted every part of India and every aspect of life. If a family member is seriously ill we get shaken. Here, his 130 crore people are at risk.

Some are saying lock down should’ve been announced earlier. Some say Army should’ve been called. Some are saying intelligence failure while some say Modi is appeasing minorities. Everyone has retrospective opinions but NONE has to bear the responsibility of 130 crore people. Only he has to

You call for a nation of 130 cr to stop work. For the poor to risk going without food. The rich cry their earnings have stopped and their lifestyles thwarted. Middle-class says ‘you’re not doing enough to help us financially.’ Again, primarily criticism.

A 70-year old man bearing the weight of 130 cr people and expectations many times that without flinching, without digressing, without levelling accusations at other, and without giving excuses. Yes, it is his responsibility, but he too is human. The pressure.

Despite all that he does with single-minded concentration for the nation, something that is unparalleled in our history, he never once asks for praise. One after the other he’s dealing with India’s core issues, and then to add problems comes the Corona

This post is simply my thoughts. I felt that if I were in his shoes I’d be terrified at the daunting problem we are facing. I’d honestly not want to be in his seat. Would you?

I simply thought of thanking PM Modi  for his alertness, his humility and his pragmatism . I thank God for giving us this  strong PM.

Truly said..it's easy to be n armchair critic..sit and give ur expert opinions and criticize..but it's difficult to step in his shoes and fight battles on so many fronts. 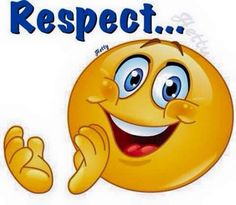 even people find it difficult to run their house properly where our PM running a country in this crisis very smoothly. Criticism is always welcome because it's not necessary that PM's every decision is correct but criticism if only because some people hate PM then this jealousy, not criticism.

Wonderful post..truly said our pm is one man army.He is doing wonderful for our nation .it's so easy for all to say wrong words for him but no one can deny if he would not have been there God knows how much Indians would already been  no more and for sufferers it would surely be uncountable.

He is the best we have got .Entire world is praising him .He consider all Indians as his family thus taking all efforts to protect them .

The thing to regret for india is most of other leaders are opportunists who are working for their benefits.

Our PRIME minister is outstanding  .we must be proud that Shri Narender Modi ji is our head .God bless him with a long life !